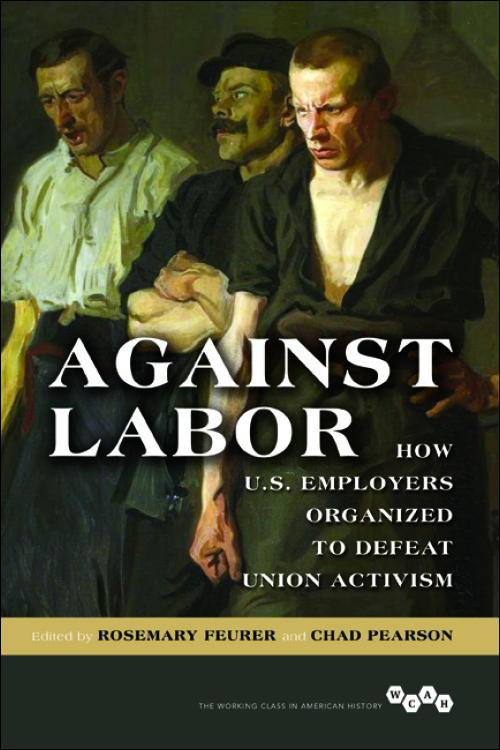 Against Labor highlights the tenacious efforts by employers to organize themselves as a class to contest labor. Ranging across a spectrum of understudied issues, essayists explore employer anti-labor strategies and offer incisive portraits of people and organizations that aggressively opposed unions. Other contributors examine the anti-labor movement against a backdrop of larger forces, such as the intersection of race and ethnicity with anti-labor activity, and anti-unionism in the context of neoliberalism.

A timely and revealing collection, Against Labor deepens our understanding of management history and employer activism and their metamorphic effects on workplace and society.

Rosemary Feurer is an associate professor of history at Northern Illinois University. She is the author of Radical Unionism in the Midwest, 1900–1950. Chad Pearson is a principal lecturer at the University of North Texas. He is the author of Reform or Repression: Organizing America's Anti-Union Movement. 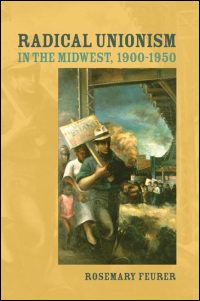 "These essays make one thing quite clear: the existential threat that US unions currently face has been building for decades"--Social History

"The respective chapters make for interesting reading. They raise fundamental issues concerning the long arc of industrial relations or labour history in America; of the long, unrelenting class-based campaign of employers and the various strategies and methods they have used to keep unions at bay and counter their attempts to improve the wages and working conditions of American workers."--Labour History

"An excellent volume. The standard of scholarship and writing is very high, and the editors have worked hard to produce a cohesive collection of essays that shed much light on a still-understudied phenomenon in US and labor history more broadly."--Australasian Journal of American Studies

"At a time when public sector unions are under renewed attack and private-sector union membership hovers near levels not seen since the early twentieth century, Against Labor offers a potent, powerful reminder that, as Feurer and Pearson put it, 'People, not faceless markets, shaped this story.'" --The Journal of Southern History

"Boldly challenges the scholarship that considers employers as a malleable force that often compromises when social movements forge political environments that are inimical to their interests. Contributes enormously to our understanding of business tactics and strategy."--Immanuel Ness, author of Guest Workers and Resistance to U.S. Corporate Despotism

"The decline of organized labor in recent decades is often attributed to globalization, financialization, and right-wing politics. But the compelling essays in this important volume show that the limits to workers’ collective power stem more basically from the concerted anti-union efforts of their employers dating back to the nineteenth century. Chronicling how capitalists have effectively forged a class-conscious social movement 'against labor,' these critical case studies make a vital contribution to the history of capitalism while illuminating the challenges facing workers today."--Jeffrey Sklansky, author of The Soul's Economy: Market Society and Selfhood in American Thought, 1820–1920