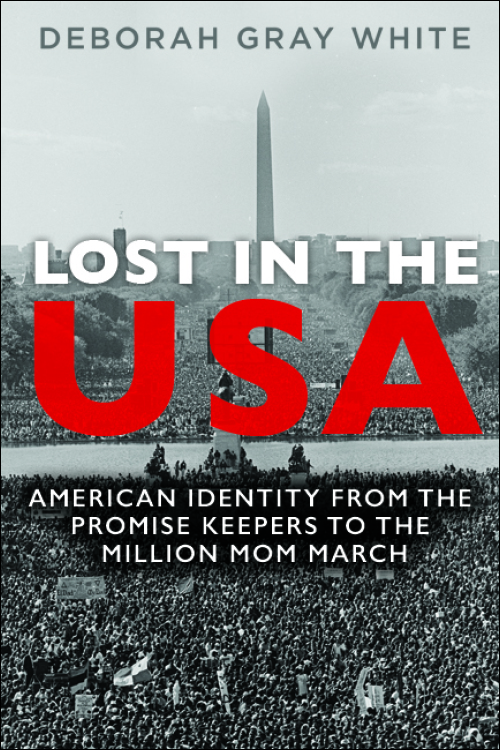 Remembered as an era of peace and prosperity, turn-of-the-millennium America was also a time of mass protest. But the political demands of the marchers seemed secondary to an urgent desire for renewal and restoration felt by people from all walks of life.

Drawing on thousands of personal testimonies, Deborah Gray White explores how Americans sought better ways of living in, and dealing with, a rapidly changing world. From the Million Man, Million Woman, and Million Mom Marches to the Promise Keepers and LGBT protests, White reveals a people lost in their own country. Mass gatherings offered a chance to bond with like-minded others against a relentless tide of loneliness and isolation. By participating, individuals opened a door to self-discovery that energized their quests for order, autonomy, personal meaning, and fellowship in a society that seemed hostile to such deeper human needs. Moving forward in time, White also shows what marchers found out about themselves and those gathered around them. The result is an eye-opening reconsideration of a defining time in contemporary America.

Deborah Gray White is Board of Governors Distinguished Professor of History at Rutgers University. Her books include Too Heavy A Load: Black Women in Defense of Themselves, 1894–1994, Let My People Go: African Americans 1804-1860, and Ar'n't I a Woman?: Female Slaves in the Plantation South.

"Understanding the relation between the turn-of-the-century public sphere and its contested margins seems more important than ever, and Lost in the USA is an excellent introduction."--Journal of American History

"Lost in the USA is a timely and important contribution to the scholarship of social movements and mass marches." --Journal of African American History

"White has written a provocative and important book that deserves to be read and discussed. It demonstrates not only exceptional scholarship but also exceptional insight, complexity, and historical acuity. It should be the starting point for the analysis of a period that has profoundly shaped contemporary America." --H-Net Reviews

"A beautiful book and a very important one. By addressing a key dimension of mass protest that has received too little attention from historians, White forces us to shift the questions we ask of protest movements."--Annelise Orleck, author of Rethinking American Women's Activism