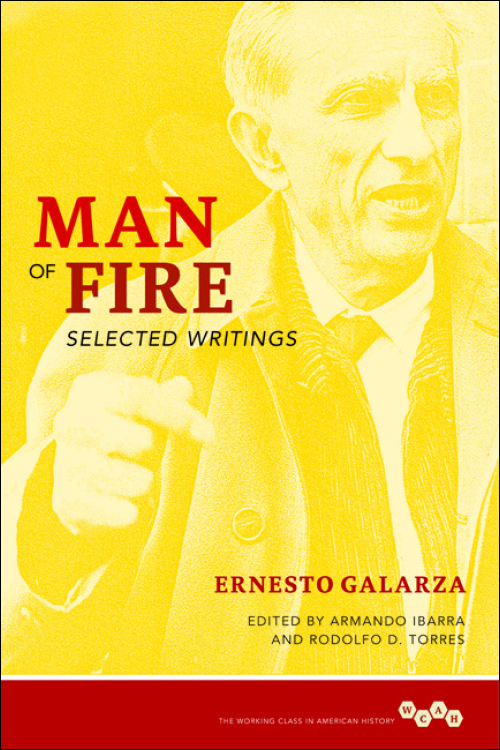 Activist, labor scholar, and organizer Ernesto Galarza (1905–1984) was a leading advocate for Mexican Americans and one of the most important Mexican American scholars and activists after World War II. This volume gathers Galarza's key writings, reflecting an intellectual rigor, conceptual clarity, and a constructive concern for the working class in the face of America's growing influence over Mexico's economic system.

Throughout his life, Galarza confronted and analyzed some of the most momentous social transformations of the twentieth century. Inspired by his youthful experience as a farm laborer in Sacramento, he dedicated his life to the struggle for justice for farm workers and urban working-class Latinos and helped build the first multiracial farm workers union, setting the foundation for the emergence of the United Farm Workers Union. He worked to change existing educational philosophies and curricula in schools, and his civil rights legacy includes the founding of the Mexican American Legal Defense and Educational Fund (MALDEF) and the National Council of La Raza (NCLR). In 1979, Galarza was the first U.S. Latino to be nominated for the Nobel Prize in Literature, for works such as Strangers in Our Fields, Merchants of Labor, Barrio Boy, and Tragedy at Chualar.

Including excerpts from some of Galarza's indispensable books as well as articles, conference papers, interviews, and previously unpublished reports, the writings in this collection cover such timely subjects as labor, community development, immigration politics and the Bracero Program, the Chicano movement, Mexican American education, ethnic relations, and U.S.-Mexico relations. The editors' introduction and annotations underscore the relevance of Galarza's work to research and political activism in the twenty-first century.

"This outstanding compilation of the selected writings of Ernesto Galarza features an excellent introduction, despite the fact that relatively little is known about Galarza's private life other than what he reveals in his autobiography. Highly Recommended."--Choice

"Ibarra and Torres are to be commended for their efforts to provide students and scholars new access to the writings of Ernesto Galarza. Man on Fire serves as both an effective summation of his work and a starting point for detailed investigation of a scholar-activist whose output and activities have sadly fallen into undeserved obscurity." --Labor

"Ernesto Galarza was a prescient analyst and powerful writer, a scholar, poet, and social activist whose work has profoundly influenced and interested so many. This book will be of use to activists who interrogate political economy and develop strategies that address inequities in class and race."--Patricia Zavella, author of I'm Neither Here nor There: Mexicans' Quotidian Struggles with Migration and Poverty

"A valuable and timely collection of writings by Ernesto Galarza, one of the most important Mexican American scholar-activists of the post–World War II era. This volume will secure Galarza's legacy and introduce him to a new generation of scholars and political activists."--Benjamin Márquez, author of Constructing Identities in Mexican American Political Organizations: Choosing Issues, Taking Sides