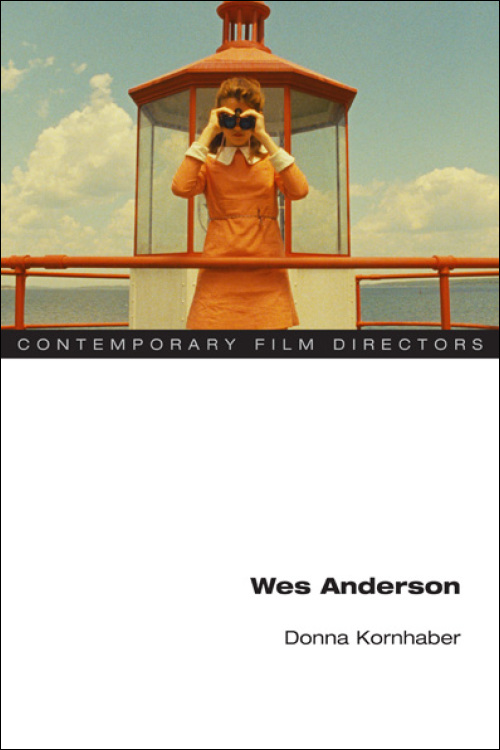 The Grand Budapest Hotel and Moonrise Kingdom have made Wes Anderson a prestige force. Rushmore and The Royal Tenenbaums have become quotable cult classics. Yet every new Anderson release brings out droves of critics eager to charge him with stylistic excess and self-indulgent eclecticism.

Donna Kornhaber approaches Anderson's style as the necessary product of the narrative and thematic concerns that define his body of work. Using Anderson's focus on collecting, Kornhaber situates the director as the curator of his filmic worlds, a prime mover who artfully and conscientiously arranges diverse components into cohesive collections and taxonomies. Anderson peoples each mise-en-scéne in his ongoing "Wesworld" with characters orphaned, lost, and out of place amidst a riot of handmade clutter and relics. Within, they seek a wholeness and collective identity they manifestly lack, with their pain expressed via an ordered emotional palette that, despite being muted, cries out for attention. As Kornhaber shows, Anderson's films offer nothing less than a fascinating study in the sensation of belonging--told by characters who possess it the least.

Donna Kornhaber is an associate professor of English at the University of Texas at Austin. She is the author of Charlie Chaplin, Director.

"A readable and insightful analysis of a vital contemporary filmmaker . . . Highly recommended."--Choice

"A decisive account of Anderson's movies, alive to their obvious charms, undaunted by their limits, and dedicated to activating their hidden potentials. This slim volume is both a sure introduction to Anderson's cinema and an authoritative reframing of the critical consensus. Anderson is the cinematic collector par excellence, and in this beautifully written study, Kornhaber plunges into the causes and consequences of that obsession in new and trenchant ways."--J. D. Connor, author of The Studios after the Studios: Neoclassical Hollywood, 1970–2010