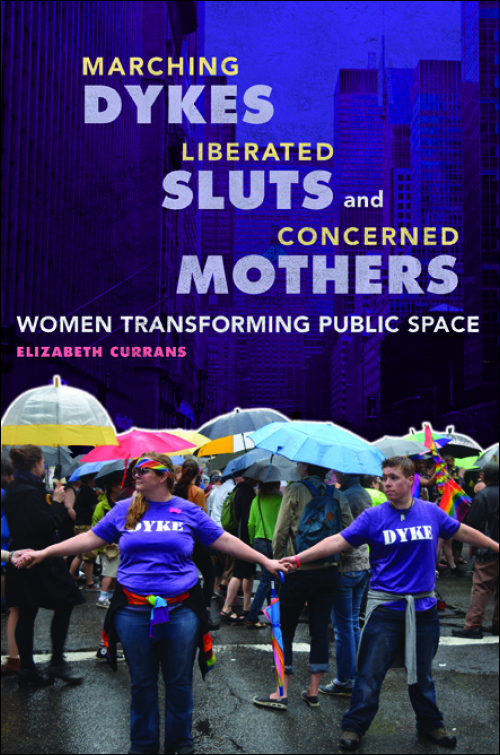 From the Women in Black vigils and Dyke marches to the Million Mom March, women have seized a dynamic role in early twenty-first century protest. The varied demonstrations--whether about gender, sexuality, war, or other issues--share significant characteristics as space-claiming performances in and of themselves beyond their place in any broader movement.

Elizabeth Currans blends feminist, queer, and critical race theory with performance studies, political theory, and geography to explore the outcomes and cultural relevance of public protest. Drawing on observation, interviews, and archival and published sources, Currans shows why and how women utilize public protest as a method of participating in contemporary political and cultural dialogues. She also examines how groups treat public space as an important resource and explains the tactics different women protesters use to claim, transform, and hold it. The result is a passionate and pertinent argument that women-organized demonstrations can offer scholars a path to study the relationship of gender and public space in today's political culture.

Elizabeth Currans is an associate professor of women's and gender studies at Eastern Michigan University.

"Currans draws from feminist, queer, and critical race theory in fashioning an ethnography that illuminates much about the ever problematic relationship between gender and geography." --Politics & Gender

"Empirically rich, and boasting extensive quotations from protest participants, the main strength of Curran's account--from a cultural geographer's perspective--is that it examines how space can be transformed via embodied performance: she turns to queer, feminist and critical race theory to emphasize the performance force of counterpublic spaces." --Cultural Geographies

"This book is a much-needed volume reflecting on feminist movements of the past to inform the future. As we face our contemporary era, Currans's volume is urgent and pressing."--Kath Browne, coauthor of Lesbian Geographies: Gender, Place and Power

"As we enter a new era of public protest, Currans offers a feminist and queer guide to holding public space. Her beautifully rendered and theoretically sharp ethnography illuminates the effect of organizing, the ways that witnessing, marching, lobbying, and demonstrating transforms lives in the process of developing counterpublics."--Eileen Boris, coauthor of Caring for America: Home Health Workers in the Shadow of the Welfare State