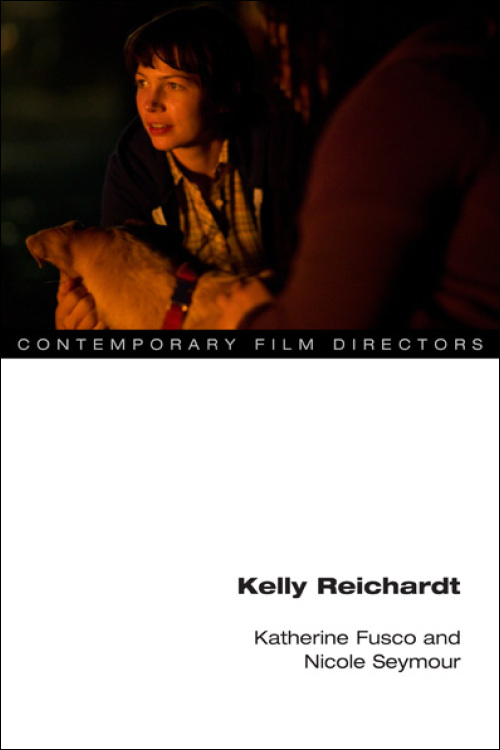 Kelly Reichardt's 1994 debut River of Grass established her gift for a slow-paced realism that emphasizes the ongoing, everyday nature of emergency. Her work since then has communed with--yet remained apart from--postwar European realisms, the American avant-garde, independent film, and the emerging slow cinema movement.

Katherine Fusco and Nicole Seymour read such Reichardt films as Wendy and Lucy and Night Moves to consider the root that emergency shares with emergence--the slowly unfolding or the barely perceptible. They see Reichardt as a filmmaker preoccupied with how environmental and economic crises affect those living on society's fringes. Her spare plots and slow editing reveal an artist who recognizes that disasters are gradual, with effects experienced through duration rather than sudden shock.

Insightful and boldly argued, Kelly Reichardt is a long overdue portrait of a filmmaker who sees emergency not as a break from the everyday, but as a version of it.

“The organizational structure is superb, as the concepts they’ve isolated seem excitingly to cut to the heart of Reichardt’s motifs. . . . These pages dazzlingly force their readers-as Reichardt’s films force their viewers their viewers- to reflect on the political implications of our empathy, or lack thereof, to imagine other kinds of relationships beyond empathy and judgment."--Cineaste

"Fusco and Seymour's book offers a satisfyingly complex approach to the political import of her [Reichardt's] contributions to contemporary cinema." --ASAP Journal

"Kelly Reichardt remains well-reasoned and persuasive throughout in its detail and conviction, casting a keen eye towards the context of Reichardt's career, both in film and in the wider socio-political landscape. Perhaps most importantly of all, it is a tribute to and analysis of an invaluable, distinctively modern American director." --Historical Journal of Film, Radio, and Television

"An engaging and thoughtful book. Fusco and Seymour persuasively use political theory and affect studies to analyze Reichardt's unique deployment of realist traditions and the politics of temporality in her films. The authors' striking insights illuminate the filmmaker's style and her importance not only in contemporary art and indie cinema spheres but for American cinema more broadly."—Elena Gorfinkel, coeditor of Taking Place: Location and the Moving Image