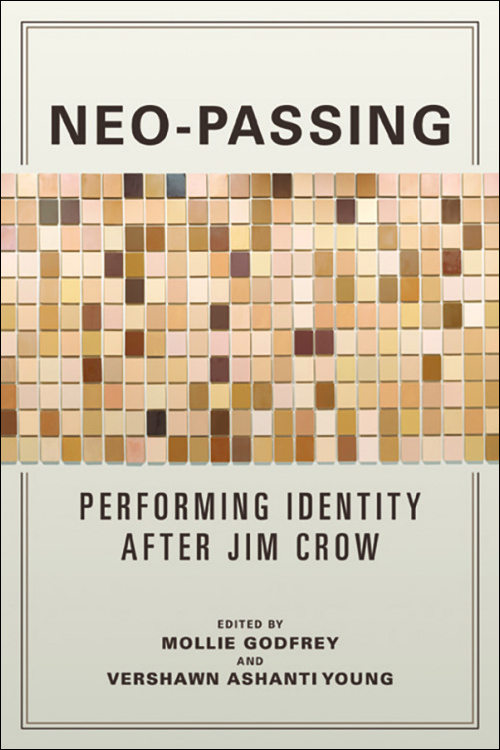 African Americans once passed as whites to escape the pains of racism. Today’s neo-passing has pushed the old idea of passing in extraordinary new directions. A white author uses an Asian pen name; heterosexuals live “out” as gay; and, irony of ironies, whites try to pass as black.

Mollie Godfrey and Vershawn Ashanti Young present essays that explore practices, performances, and texts of neo-passing in our supposedly postracial moment. The authors move from the postracial imagery of Angry Black White Boy and the issues of sexual orientation and race in ZZ Packer’s short fiction to the politics of Dave Chappelle’s skits as a black President George W. Bush. Together, the works reveal that the questions raised by neo-passing—questions about performing and contesting identity in relation to social norms—remain as relevant today as in the past.

Gale Wald offers a foreword and Michele Elam an afterword.

Mollie Godfrey is an assistant professor of English at James Madison University. Vershawn Ashanti Young is an associate professor of drama and speech communication at the University of Waterloo and the author of Your Average Nigga: Performing Race, Literacy, and Masculinity.

"The essays offer insight into how the end of de jure segregation shifted the significance of 'cultural authenticity' in a way that values nonwhite racial and ethnic identities as forms of property, and they demonstrate that the black-white boundary has been destabilized (although not destroyed) through continued multi-racial and multi-ethnic identification." --MELUS

“Excellently introduced by Mollie Godfrey and Vershawn Ashanti Young, the ten essays collected in this volume offer a wealth of information, from a working bibliography of neo-passing narratives to interpretive overviews of passing, old and new. The essays suggest that despite all historical, legal, and attitudinal changes in the course of the twentieth century, race remains a central obsession in the United States.”--Werner Sollors, author of The Temptation of Despair: Tales of the 1940s