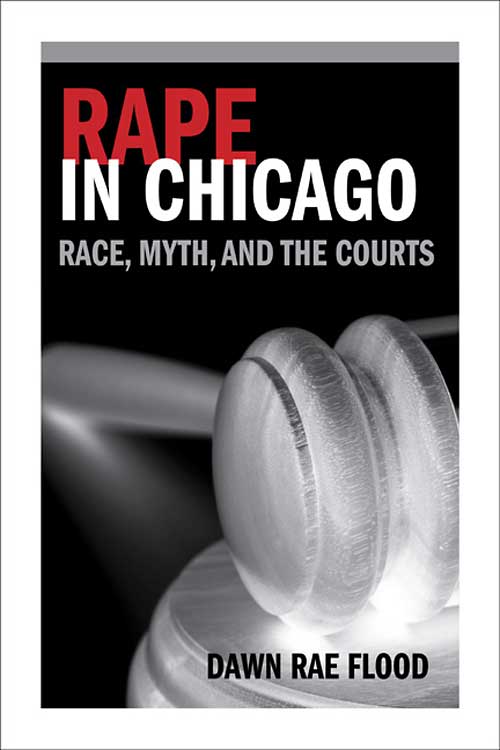 Spanning a period of four tumultuous decades from the mid-1930s through the mid-1970s, this study reassesses the ways in which Chicagoans negotiated the extraordinary challenges of rape, as either victims or accused perpetrators.

Drawing on extensive trial testimony, government reports, and media coverage, Dawn Rae Flood examines how individual men and women, particularly African Americans, understood and challenged rape myths and claimed their right to be protected as American citizens--protected by the State against violence, and protected from the State's prejudicial investigations and interrogations. Flood shows how defense strategies, evolving in concert with changes in the broader cultural and legal environment, challenged assumptions about black criminality while continuing to deploy racist and sexist stereotypes against the plaintiffs.

Dawn Rae Flood is an associate professor of history at Campion College at the University of Regina.

"Rape in Chicago challenges scholars and activists to rethink their assumptions about rape, race, and the law. The work provides essential revisions to our historical understanding of sexual violence and is a much-needed addition to the literature."--Journal of Illinois History

"Rape in Chicago is a very significant book and Flood has done a masterful job of demonstrating how myths, once created, wind their way through history, reshaping themselves--or being reshaped--to conform to different historical exigencies."--H-Net Review / H-Law

“With its holistic focus, and thorough analysis, this book has an insightful and novel perspective, and is a beneficial read for anyone attempting to understand the modern underpinnings of rape myths and the potential for the power of individual agency to create change.”--Contemporary Sociology

"Rape in Chicago contributes new arguments to emerging scholarship on the history of rape. It also provides a detailed analysis of how rape convictions were appealed over time in one major city."--American Historical Review

"This crisply written study provides an important corrective to the existing historiography of rape prosecutions in the twentieth century. It will reshape how future scholars understand sex crimes and the law in modern America."--Lisa Lindquist Dorr, author of White Women, Rape, and the Power of Race in Virginia, 1900–1960