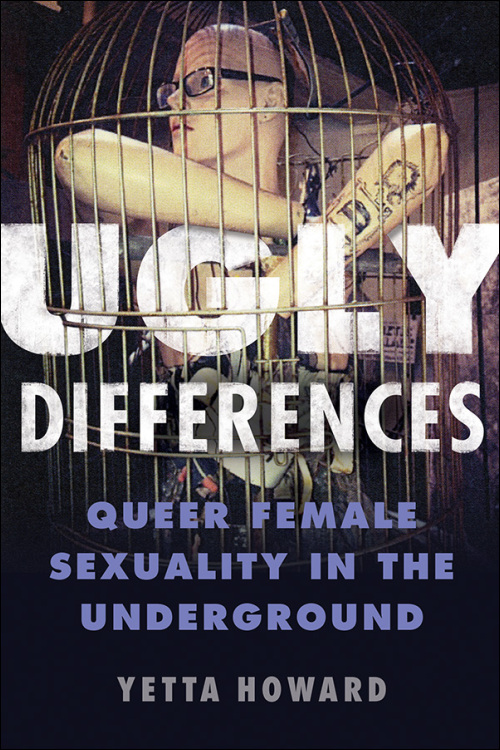 What would it mean to turn to ugliness rather than turn away from it? Indeed, the idea of ugly often becomes synonymous with non-white, non-male, and non-heterosexual physicality and experience. That same pejorative migrates to become a label for practices within underground culture.

In Ugly Differences, Yetta Howard uses underground contexts to theorize queer difference by locating ugliness at the intersection of the physical, experiential, and textual. From that nexus, Howard contends that ugliness—as a mode of pejorative identification—is fundamental to the cultural formations of queer female sexuality. Slava Tsukerman's postpunk film Liquid Sky, Sapphire's poetry, Roberta Gregory's Bitchy Butch comix, New Queer Cinema such as High Art—these and other non-canonical works contribute to an audacious critique. Howard reveals how the things we see, read as, or experience as ugly productively account for non-dominant sexual identities and creative practices. Ugly Differences offers eye-opening ways to approach queerness and its myriad underground representations.

Yetta Howard is an associate professor in the Department of English and Comparative Literature at San Diego State University.

"A unique and rare opportunity to engage with a plethora of postpunk subcultural texts in academic writing and a refreshing radical reading of them through the concept of ugliness . . . would highly recommend . . . a joy to read." --Hypatia

"Divest yourself of Dante’s dreamscape and head for Howard’s underground ugly. It’s a tour you won’t forget: smart, sexy, surprising, subversive. Howard’s queer females will shake every last investment in beauty out of your soul, leaving you to contemplate a set of fertile negatives. No one should miss this delicious underworld."--Kathryn Bond Stockton, author of The Queer Child, or Growing Sideways in the Twentieth Century