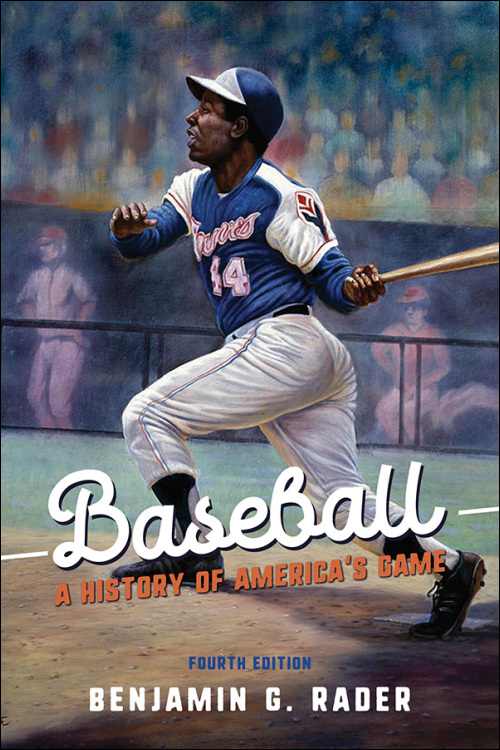 Long celebrated as a classic, Baseball returns in a new fourth edition that follows the game from its murky origins to the current era of unprecedented prosperity.

Benjamin G. Rader updates the text with a portrait of baseball's new order. He charts an on-the-field game transformed by analytics, an influx of Latino and Asian players, and a generation of players groomed for brute power both on the mound and at the plate. He also analyzes the behind-the-scenes revolution that brought in billions of dollars from a synergy of marketing and branding prowess, visionary media development, and fan-friendly ballparks abuzz with nonstop entertainment. The result is an entertaining and comprehensive tour of a game that, whatever its changes, always reflects American society and culture.

Benjamin G. Rader is James L. Sellers Professor Emeritus of History at the University of Nebraska, Lincoln, and the coauthor of American Sports: From the Age of Folk Games to the Age of Televised Sports, Seventh Edition.

"The best single-volume history of the sport. . . . Tackles the business and organizational evolution of the professional game, while not losing sight of how it was played on the field."--Washington Post Book World

"Baseball reflects Rader's firm grasp of the best and latest scholarship and his insightful understanding of American sport history."--Sporting News