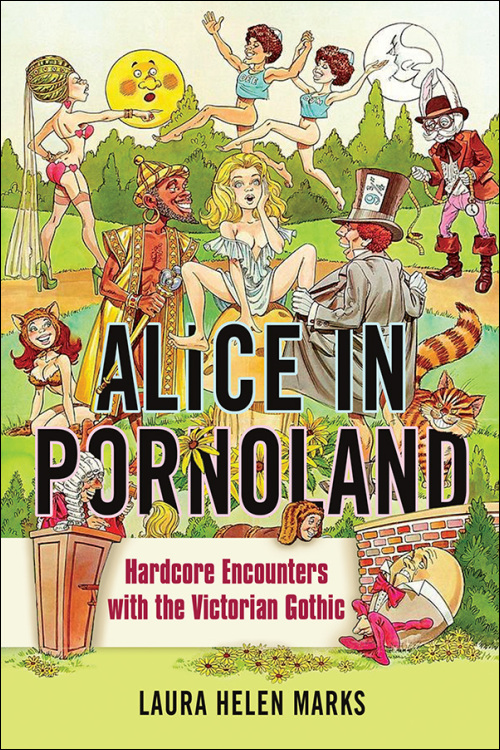 The unquenchable thirst of Dracula. The animal lust of Mr. Hyde. The acquiescence of Lewis Carroll's Alice. Victorian literature--with its overtones of prudishness, respectability, and Old World hypocrisy--belies a subverted eroticism. The Victorian Gothic is monstrous but restrained, repressed but perverse, static but transformative, and preoccupied by gender and sexuality in both regressive and progressive ways.

Laura Helen Marks investigates the contradictions and seesawing gender dynamics in Victorian-inspired adult films and looks at why pornographers persist in drawing substance and meaning from the era's Gothic tales. She focuses on the particular Victorianness that pornography prefers, and the mythologies of the Victorian era that fuel today's pornographic fantasies. In turn, she exposes what porning the Victorians shows us about pornography as a genre.

A bold foray into theory and other forbidden places, Alice in Pornoland reveals how modern-day Victorian Gothic pornography constantly emphasizes, navigates, transgresses, and renegotiates issues of gender, sexuality, and race.

Laura Helen Marks is a professor of practice in the Department of English at Tulane University.

"Laura Helen Marks offers a persuasive exploration of the complexities of porn’s love affair with all things Victorian, particularly the fantasy invocations and reimaginings of Gothic sexualities. Her account moves across the pornographic genre and its seeming obsession with the earlier historical period in order to open some very contemporary concerns about sex, desires and technology."--Clarissa Smith, coauthor of Studying Sexualities: Theories, Representations, Cultures