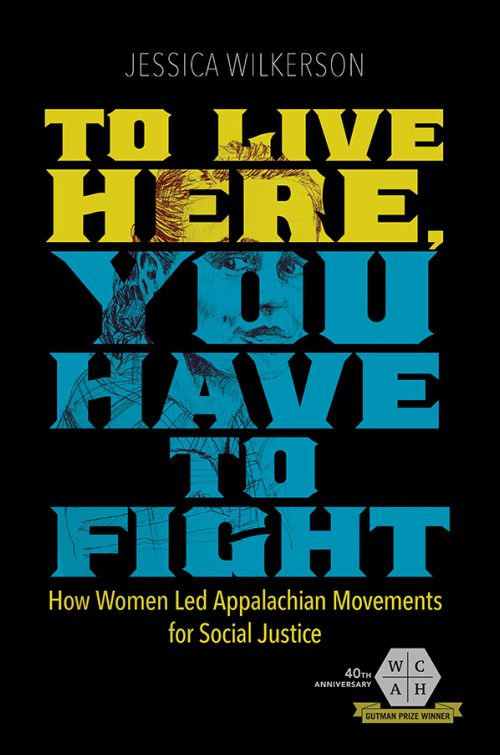 Launched in 1964, the War on Poverty quickly took aim at the coalfields of southern Appalachia. There, the federal government found unexpected allies among working-class white women devoted to a local tradition of citizen caregiving and seasoned by decades of activism and community service.

Jessica Wilkerson tells their stories within the larger drama of efforts to enact change in the 1960s and 1970s. She shows white Appalachian women acting as leaders and soldiers in a grassroots war on poverty--shaping and sustaining programs, engaging in ideological debates, offering fresh visions of democratic participation, and facing personal political struggles. Their insistence that caregiving was valuable labor clashed with entrenched attitudes and rising criticisms of welfare. Their persistence, meanwhile, brought them into unlikely coalitions with black women, disabled miners, and others to fight for causes that ranged from poor people's rights to community health to unionization.

Inspiring yet sobering, To Live Here, You Have to Fight reveals Appalachian women as the indomitable caregivers of a region--and overlooked actors in the movements that defined their time.

* Publication was supported by a grant from the Howard D. and Marjorie L. Brooks Fund for Progressive Thought.

"A bold new examination of women's struggles in Appalachia rests on a concept that is both simple and profound: the caregiver as activist. . . . Thanks to Wilkerson's efforts, histories of women's bravery and persistence are here brought to life and preserved to inspire new generations." --Women's Review of Books

"Wilkerson surveys these women and the movements they influenced with thoughtfulness and clarity, forging an intelligent path through complicated chains of historical events." --Knoxville News Sentinel

"[Wilkerson's] account offers a view of class grounded fundamentally in gender, making it possible to imagine a working-class movement based in sources other than mining minerals and shaping metal—the kind of movement now taking shape in Appalachia, which has been the site of a dramatic upswing of working-class protest by women in care jobs over the last year." --Dissent Magazine

"Jessica Wilkerson’s To Live Here, You Have to Fight goes far toward filling empty spaces in the scholarship on women’s history, Appalachian history, and labor history. . . . It would be a welcome addition to both undergraduate and graduate classes on oral history and on the history of women, Appalachia, and labor. " --Journal of American History

"Wilkerson’s work is a profound contribution to our understanding of the War on Poverty." --Labor

"A compelling portrayal of women activists’ goals hopes, and trials. . . . this work adds an important addition to the field of Appalachian studies as well as histories of women, the working-class, and antipoverty movements." --Oral History Review

"The story is readable and enhances our understanding of Appalachian History." --Smokey Mountain Living Magazine

"To Live Here, You Have to Fight embodies new research and, with it, highlights an often-forgotten consideration of the role of women's caregiving and its relationship to activism and historical progress. Contributing a distinctive and dire form of scholarship." --Affilia

"To Live Here, You Have to Fight offers a careful and compelling analysis of women's progressive activism in mid-twentieth-century Appalachia. Highlighting both the significance of coalitional labor organizing and interactions between social and capital production, Wilkerson brings to life the experiences of political actors who have been largely overlooked." --Labor Studies Journal

"Wilkerson's compelling study is a celebration of the achievements of a highly visible, but frequently overlooked, activist group. Students of both gender and social movements history will find this a welcome addition to their libraries." --Register of the Kentucky Historical Society

"Essential reading for anyone seeking to understand the War on Poverty in Appalachia, this book documents the central role of working class women in Appalachian resistance movements in the 1960s and 1970s. Drawing on a tradition of family care giving and community support, mountain women brought to their activism an awareness of the profound connection between environmental, health, and economic justice that redefined class and gender issues in America and offered an alternative vision for their communities and our capitalist nation. Based upon extensive oral history research, To Live Here, You Have to Fight challenges many of our contemporary assumptions about Appalachia and is an important book for our time."--Ronald D. Eller, author of Uneven Ground: Appalachia since 1945

"From the 1960s–1980s, working-class women built, led, and sustained movements to improve the health and welfare of families and communities across the Mountain South. Wilkerson introduces these activists and shows how lifetimes of caring for ailing coal miners and struggling Appalachian communities inspired both urgent demands for social justice and radical critiques of rampant capitalism. This book uncovers new links between mid-century social change movements and offers a critical reminder that the fire for justice smolders even when victories are few."--Anne M. Valk, author of Radical Sisters: Second-Wave Feminism and Black Liberation in Washington, D.C.

"In her fabulous new book, To Live Here, You Have to Fight, Jessica Wilkerson tells the untold story of the 'grassroots war on poverty' waged in the Appalachian South in the 1960s and 1970s. At the forefront of this campaign were women, women who saw themselves as family 'caregivers.' This was never just a domestic role, though it was that. It was a role that brought women to the polling station, the picket line, and to workplace protests of this own. Jessica Wilkerson tells these stories of struggle with compassion, sophistication, and heart. Readers will come away from her book understanding more about the everyday meanings and complexities of gender and class in the South, but also with a sense of what is possible when people mobilize for respect and better days."—Bryant Simon, author of The Hamlet Fire: A Tragic Story of Cheap Food, Cheap Government, and Cheap Lives

Read an excerpt from To Live Here, You Have to Fight in JezebelListen to an interview with the author on BYU Radio's Top of MindAuthor's Website@Dr_JessieW Feminism in the Coalfields: What Appalachians of the 1970s Can Teach Today’s Feminists--Read a piece by Jessica Wilkerson in