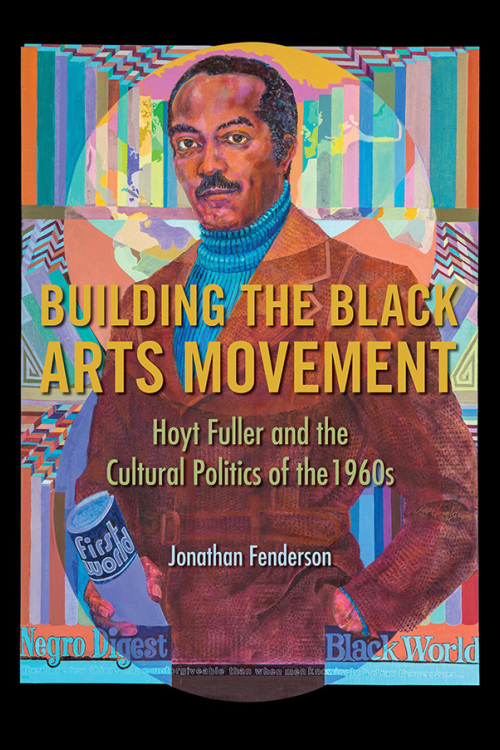 As both an activist and the dynamic editor of Negro Digest, Hoyt Fuller stood at the nexus of the Black Arts Movement and the broader black cultural politics of his time. Jonathan Fenderson uses historical snapshots of Fuller's life and achievements to rethink the period and establish Fuller's important role in laying the foundation for the movement. In telling Fuller's story, Fenderson provides provocative new insights into the movement's international dimensions, the ways the movement took shape at the local level, the impact of race and other factors, and the challenges—corporate, political, and personal—that Fuller and others faced in trying to build black institutions.

An innovative study that approaches the movement from a historical perspective, Building the Black Arts Movement is a much-needed reassessment of the trajectory of African American culture over two explosive decades.

Jonathan Fenderson is an assistant professor of African and African American studies at Washington University in St. Louis.

"Jonathan Fenderson’s book is a masterwork of African American intellectual and cultural history, bringing to light a man whose name should be mentioned more often in the histories of contemporary America." --Society for U.S. Intellectual History

"Fenderson succeeds in challenging readers to rethink Fuller's times by presenting a counternarrative to the oftentimes overly harmonious representation of Black social movements in the United States." --Journal of Folklore Research

"Building the Black Arts Movement is both thoroughly researched and beautifully written with a sharp class and gender analysis. As such, it will reshape how historians approach this movement and its historical actors." --Journal of African American History

"Very powerfully and marvelously written—a page turner. Fenderson’s book is bound to reach a wide audience with this mastery of narrative and exposition. Indeed, I don’t think that the story of the Black Arts Movement has been told in such a sweeping narrative of that era."--Komozi Woodard, author of A Nation within a Nation: Amiri Baraka (LeRoi Jones) and Black Power Politics