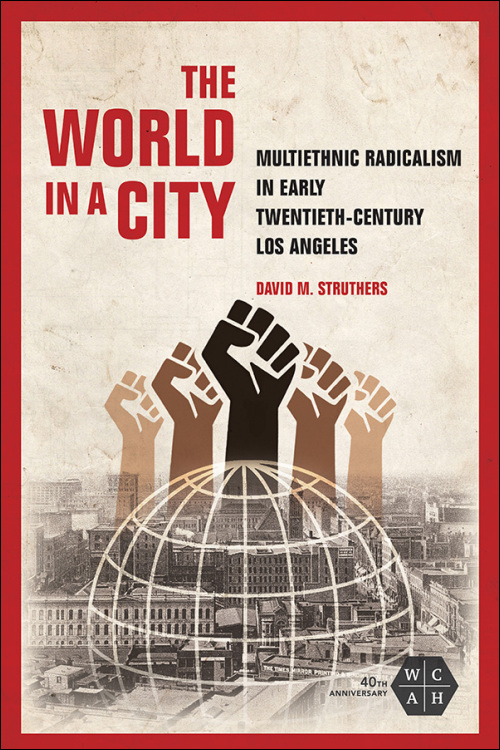 A massive population shift transformed Los Angeles in the first decades of the twentieth century. Americans from across the country relocated to the city even as an unprecedented transnational migration brought people from Asia, Europe, and Mexico. Together, these newcomers forged a multiethnic alliance of anarchists, labor unions, and leftists dedicated to challenging capitalism, racism, and often the state.

David M. Struthers draws on the anarchist concept of affinity to explore the radicalism of Los Angeles's interracial working class from 1900 to 1930. Uneven economic development created precarious employment and living conditions for laborers. The resulting worker mobility led to coalitions that, inevitably, remained short lived. As Struthers shows, affinity helps us understand how individual cooperative actions shaped and reshaped these alliances. It also reveals social practices of resistance that are often too unstructured or episodic for historians to capture. What emerges is an untold history of Los Angeles and a revolutionary movement that, through myriad successes and failures, produced powerful examples of racial cooperation.

David M. Struthers is an adjunct assistant professor at the Copenhagen Business School.

"The World in a City is a wonderful resource for historians of California and the borderlands of the United States and Mexico, labor historians, and radical historians." --Western Historical Quarterly

"This is an important book, and I hope that we soon see more similarly compelling work on this period that does not separate local interethnic campaigns from the context of global revolution that helped animate them." --Journal of American History

"The World in a City is one of the first texts to fully examine the implications of pre-World War II Los Angeles as a hub for industrial and agricultural laborers." --Journal of Urban History

"David Struthers's fresh and fascinating look at Los Angeles radicalism shows us long-forgotten facets of city history. Dedicated anarchist activists, an alphabet soup of radical organizations, an interracial rank-and-file—all had a profound impact on Los Angeles's transformation into a modern city. Struthers's mix of research and fluid storytelling takes us back to an era of soaring hopes and racial togetherness that, for a time, sustained a grand vision of a Los Angeles that might have been."--Mike Davis, author of City of Quartz: Excavating the Future in Los Angeles