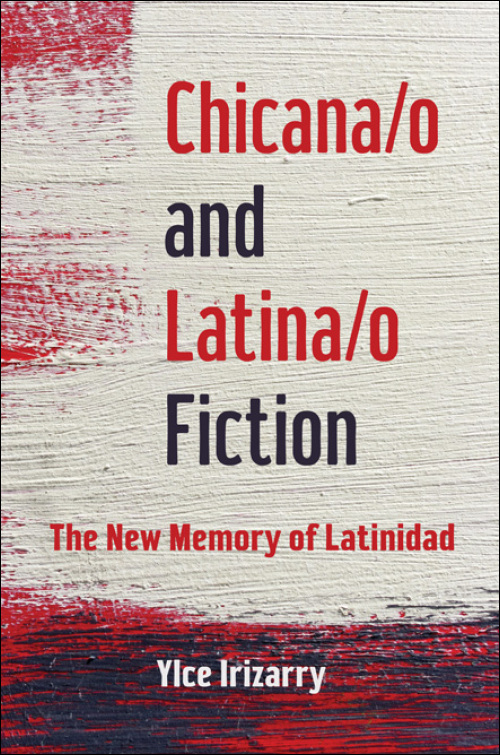 In this new study, Ylce Irizarry moves beyond literature that prioritizes assimilation to examine how contemporary fiction depicts being Cuban, Dominican, Mexican, or Puerto Rican within Chicana/o and Latina/o America.

Irizarry establishes four dominant categories of narrative--loss, reclamation, fracture, and new memory--that address immigration, gender and sexuality, cultural nationalisms, and neocolonialism. As she shows, narrative concerns have moved away from the weathered notions of arrival and assimilation. Contemporary Chicana/o and Latina/o literatures instead tell stories that have little, if anything, to do with integration into the Anglo-American world. The result is the creation of new memory. This reformulation of cultural membership unmasks the neocolonial story and charts the conscious engagement of cultural memory. It outlines the ways contemporary Chicana/o and Latina/o communities create belonging and memory of their ethnic origins.

An engaging contribution to an important literary tradition, Chicana/o and Latina/o Fiction privileges the stories Chicanas/os and Latinas/os remember about themselves rather than the stories of those subjugating them.

Ylce Irizarry is Associate Professor of English at the University of South Florida.

"Ylce Irizarry's Chicana/o and Latina/o Fiction: The Memory of Latinidad is a nuanced and textured work that contributes to the growing field of comparative Latina/o literary studies. Framing this study is Irizarry's productive question: what happens when the notion of arrival loses its centrality as a narrative trope in Latina/o literary production?"--Multi-Ethnic Literature of the United States

"Chicana/o and Latina/o presents an extremely comprehensive analysis of the various modes of narrative that encompass Chicana/o and Latina/o experience in the United States. Significantly, Irizarry challenges the primacy of Latino versus Anglo comparison so prevalent in the field of Latino studies, opting for a lens that focuses inward, to the unique and important differences among heterogeneous cultural, ethnic, and social groups."--Small Axe

"Irizarry's . . . delineation of four main types of narrative, along a roughly chronological timeline--loss, reclamation, fracture, and new memory--provides a critical tool for approaching the variety of themes and forms that Latino/a literature can take."--Marta Caminero-Santangelo, author of On Latinidad: U.S. Latino Literature and the Construction of Ethnicity

"A solid piece of scholarship that promises a generative contribution. Promises to add to the critical conversation around Latina/o literature in the years to come."--David J. Vázquez, author of Triangulations: Narrative Strategies for Navigating Latino Identity

"Chicana/o and Latina/o Fiction offers an innovative reading of intraethnic dialogues on Latinidad by focusing on trends of emplotment: narratives of loss, reclamation, fracture, and new memory. Irizarry’s comparative methodology carefully contextualizes pan-Latino literary production through an impressive range of primary and secondary texts."--Elena Machado Sáez, author of Market Aesthetics: The Purchase of the Past in Caribbean Diasporic Fiction

"Through her provocative pairings of Chicana/o and Latina/o novels and her extensive scholarship, Ylce Irizarry tells an important new story about the writing of Latinidad. The author's insightful exploration of recurring narratives in these works brings a cutting-edge approach to comparative Latina/o literary studies."--Karen Christian, author of Show and Tell: Identity as Performance in U.S. Latina/o Fiction