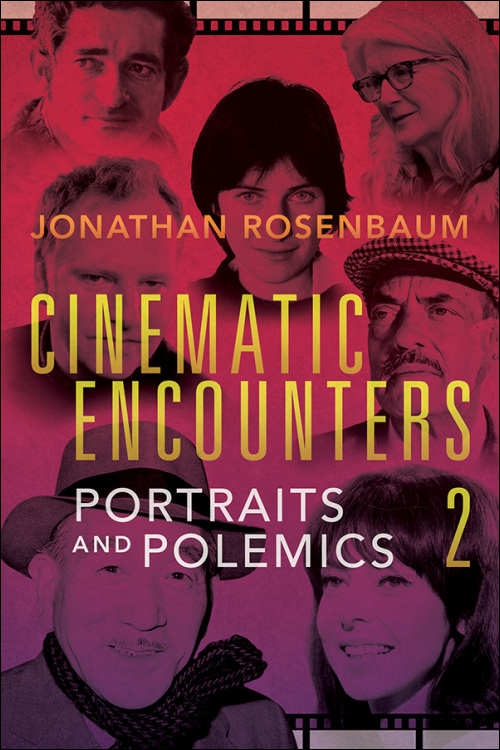 Eschewing the idea of film reviewer-as-solitary-expert, Jonathan Rosenbaum continues to advance his belief that a critic's ideal role is to mediate and facilitate our public discussion of cinema. Portraits and Polemics presents debate as an important form of cinematic encounter whether one argues with filmmakers themselves, on behalf of their work, or with one's self.

Rosenbaum takes on filmmakers like Chantal Akerman, Richard Linklater, Manoel De Oliveira, Mark Rappaport, Elaine May, and Béla Tarr. He also engages, implicitly and explicitly, with other writers, arguing with Pauline Kael—and Wikipedia—over Jacques Demy, with the Hollywood Reporter and Variety reviewers of Jarmusch’s The Limits of Control, with David Thomson about James L. Brooks, and with many American and English film critics about misrepresented figures from Jerry Lewis to Yasujiro Ozu to Orson Welles. Throughout, Rosenbaum mines insights, pursues pet notions, and invites readers to join the fray.

Jonathan Rosenbaum was the film critic for the Chicago Reader from 1987 to 2008. He is the coauthor of Abbas Kiarostami, Expanded Second Edition and the author of Cinematic Encounters: Interviews and Dialogues and Goodbye Cinema, Hello Cinephilia. He archives his work at jonathanrosenbaum.net.

"Rosenbaum has passed a lifetime of cinephilia to me. A few scribbles in the margins I return." --Cineaste

"Challenging, probing, and illuminating, Jonathan Rosenbaum’s work is a beacon for other cinephiles. His new collection shows him engaging with an exhilaratingly wide range of films and filmmakers throughout the world and causing us to think about them in fresh ways."--Joseph McBride, author of How Did Lubitsch Do It?