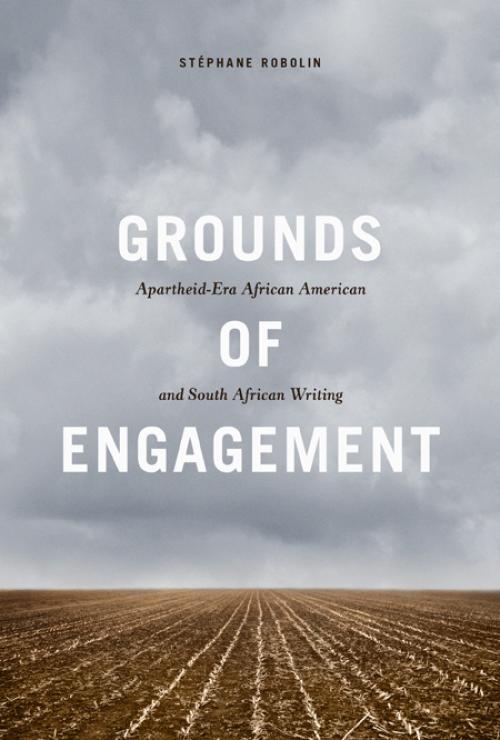 Part literary history, part cultural study, Grounds of Engagement examines the relationships and exchanges between black South African and African American writers who sought to create common ground throughout the antiapartheid era. Stéphane Robolin argues that the authors' geographic imaginations crucially defined their individual interactions and, ultimately, the literary traditions on both sides of the Atlantic.

Subject to the tyranny of segregation, authors such as Richard Wright, Bessie Head, Langston Hughes, Gwendolyn Brooks, Keorapetse Kgositsile, Michelle Cliff, and Richard Rive charted their racialized landscapes and invented freer alternative geographies. They crafted rich representations of place to challenge the stark social and spatial arrangements that framed their lives. Those representations, Robolin contends, also articulated their desires for black transnational belonging and political solidarity. The first book to examine U.S. and South African literary exchanges in spatial terms, Grounds of Engagement identifies key moments in the understudied history of black cross-cultural exchange and exposes how geography serves as an indispensable means of shaping and reshaping modern racial meaning.

Stéphane Robolin is an associate professor of English at Rutgers University.

"This fascinating, well-documented study makes a significant contribution to understanding the intertextual and transnational interactions of South African and African American writers at a time of crucial struggles against racism in both countries. Highly recommended."--Choice

"Grounds of Engagement challenges readers of African American and South African literature and history to rethink and revisit the discourse about the relationships between race, identity, and place. . . . A well-written and noteworthy contribution to comparative literary history."--Journal of African American History

"Robolin's study succeeds so admirably because he is alive to the simultaneous promise and danger of solidarity, and the complexities of attempts to remap relations across borders without reinscribing power relations."--Wasafiri

"Drawing on extensive research in repositories on both sides of the Atlantic, Robolin demonstrates that a transnational literary culture is not only imagined--a virtual geography--but also an active network painstakingly constructed by 'constructive engagements' among writers: Richard Rive drawing a map of literary Cape Town for Langston Hughes, then, or Alice Walker describing her garden in a letter to Bessie Head. Elaborating the ways African American and South African writers have striven to render their worlds visible to each other, Grounds of Engagement reminds us that diaspora is knitwork, a complex interweaving of discrete gestures of belonging."--Brent Hayes Edwards, author of The Practice of Diaspora: Literature, Translation, and the Rise of Black Internationalism

"Stéphane Robolin has brilliantly taken his cue from the geographical and race-laden correspondence between Langston Hughes and Richard Rive to forge an expansive reading of literary relationships and artistic texts. Reading spaces of cultural synergy and mapping transnational black imaginaries, he expertly brings together the social, cultural, and physical geography of South African and African American writers during the era of segregation and apartheid. Within a dual focus on literary history and racial history, he skillfully navigates the complex intellectual terrain of under-explored artistic networks and linked geographies and does so with a superb mastery of cultural theory and spatial theory. The rewarding result in Grounds of Engagement is substantial grounds for celebration; it is cutting edge scholarship and a major contribution to transnational and global studies."--Thadious M. Davis, author of Southscapes: Geographies of Race, Region, and Literature

"Grounds of Engagement fills a wide gap in existing scholarship and is a joy to read. The chapters on Richard Rive and Peter Abrahams will be a revelation to people who have not yet immersed themselves in the literature of that generation. The book's work on Keorapetse Kgositsile is a landmark intervention."--Aldon Nielsen, author of Integral Music: Languages of African American Innovation

"This elegant book illuminates the connected histories of southern African and African American literary traditions, casting new light on both. This is a major study which will be read for years to come."--Isabel Hofmeyr, coeditor of South Africa and India: Shaping the Global South