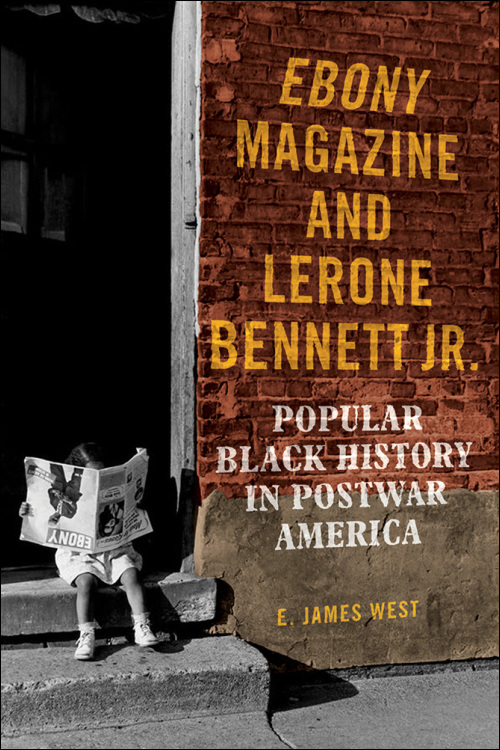 From its launch in 1945, Ebony magazine was politically and socially influential. However, the magazine also played an important role in educating millions of African Americans about their past. Guided by the pen of Lerone Bennett Jr., the magazine's senior editor and in-house historian, Ebony became a key voice in the popular black history revival that flourished after World War II. Its content helped push representations of the African American past from the margins to the center of the nation's cultural and political imagination.

E. James West's fresh and fascinating exploration of Ebony's political, social, and historical content illuminates the intellectual role of the iconic magazine and its contribution to African American scholarship. He also uncovers a paradox. Though Ebony provided Bennett with space to promote a militant reading of black history and protest, the magazine's status as a consumer publication helped to mediate its representation of African American identity in both past and present.

"A fantastic, deeply-contextualized new book about Ebony and Bennett." --IMixWhatILike

"This concise, illuminating book serves as a useful marker for a full-fledged (and long overdue) critical history of Ebony, a major American magazine, in all its glories and travails." --PopMatters

"West presents media scholars and educators with a new way of viewing Ebony and its founder, John Harold Johnson. Thanks to West, researchers are better able to visualize Ebony as more than 'a black counterpart to Life magazine' and Johnson as more than just an entrepreneur who targeted his magazine's content to the black bourgeois." --American Journalism

"West thoroughly dispels the critical tendency to dismiss or overlook a magazine like Ebony as too commercially oriented to be of cultural or historical significance." --American Literary History

"E. James West's book is the first major examination of Ebony as a forum for black historical discourse and the magazine's long-time executive editor Lerone Bennett Jr.'s multifaceted thought, work, and scholarship as a leading popular historian of the black past and vital contributor to the postwar black history movement. A well-researched and accessible study situated within the growing field of black intellectual history, Ebony Magazine and Lerone Bennett Jr. is a major contribution to our understanding of what West aptly calls 'popular black history.'"--Pero G. Dagbovie, author of Revisiting the Black Past: The Use and Misuse of African American history in the Twenty-First Century

One of the Chicago Sun-Time's Books Not to Miss
A Black Perspectives Best Black History Book of 2020
•  Honorable Mention, Research Society for American Periodicals, 2021