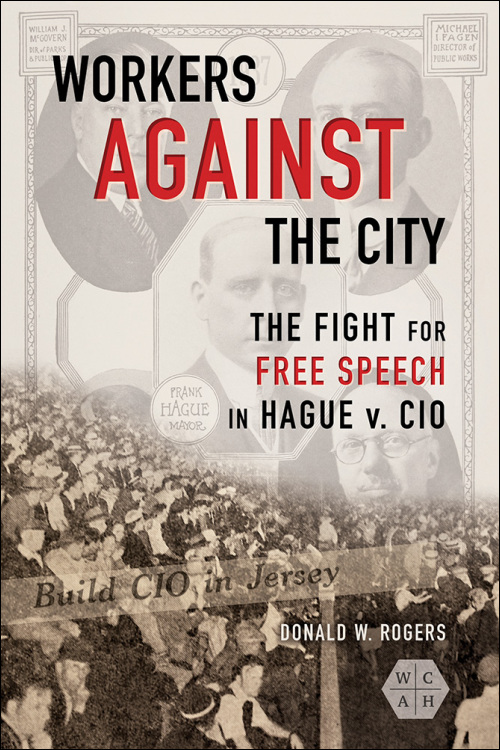 The 1939 U.S. Supreme Court decision Hague v. CIO constitutionalized the fundamental right of Americans, including labor organizers, to assemble and speak in public places. Donald W. Rogers eschews the prevailing view of the case as simply a morality play pitting Jersey City, New Jersey, political boss Frank Hague against the Committee for Industrial Organization (CIO) and allied civil libertarians. Instead, he utilizes untapped archives and evidence to review Hague’s story from street and media battles to district court and Supreme Court deliberations, illuminating trial proceedings from both worker and city perspectives for the first time. His analysis reveals how transformative New Deal-era developments in municipal governance, union organizing, labor politics and constitutional law dominated the conflict, and how assembly and speech rights changed according to judges' reaction to this historical situation.

Clear-eyed and comprehensive, Workers against the City revises the view of a milestone case that continues to affect Americans’ constitutional rights today.

Donald W. Rogers is a lecturer in the Department of History at Central Connecticut State University. He is the author of Making Capitalism Safe: Work Safety and Health Regulation in America, 1880-1940 and editor of Voting and the Spirit of American Democracy: Essays on the History of Voting and Voting Rights in America. 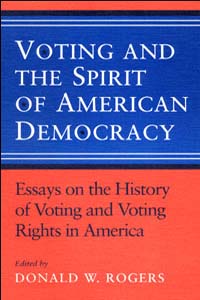 "A refreshing and thorough study of the Supreme Course case of Hague v. Committee for Industrial Organization, which considered the constitutionality of municipal restrictions on outdoor assembly. . . . Professor Rogers' analysis of Hague is incisive and original." --Journal of Supreme Court History

"Rogers set out to write a book about Hague v. CIO, and the book accomplishes this task admiringly. That it points to other areas worth exploring underlines its strengths, not it weaknesses." --NJS

"Workers against the City brings a fresh perspective to one of the more famous free speech and assembly battles of the turbulent 1930s, which was the newly emerging Committee of Industrial Organizations' and American Civil Liberties Union's clash with the Jersey City, New Jersey, machine led by Major Frank Hauge." --Journal of American History

"Workers against the City is an excellent, nuanced, and timely history of Hague and the fight for free speech. . . . His careful analysis of free speech and civil liberties before the era of FDR is appropriately grounded in the Reconstruction and World War I periods." --Labor

"Skillfully blending the histories of American civil liberties, organized labor, and urban politics, Rogers shows us how a complex set of forces has shaped and limited the rights of modern Americans to assemble and speak their minds in public."--James J. Connolly, author of An Elusive Unity: Urban Democracy and Machine Politics in Industrializing America