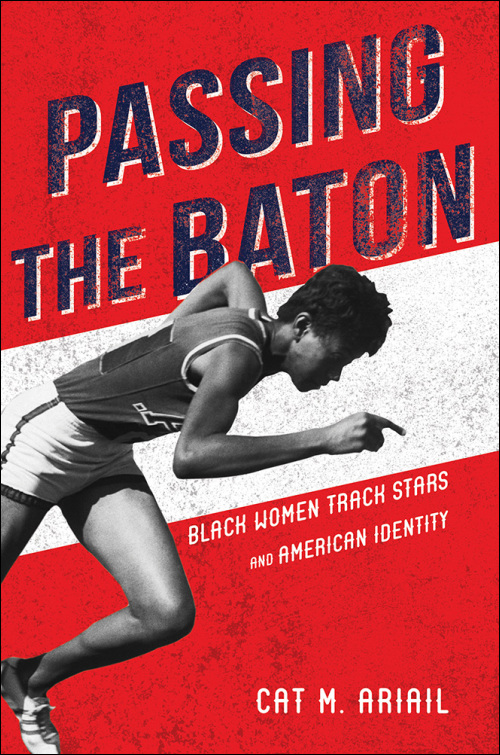 A rare exploration of African American women athletes and national identity, Passing the Baton reveals young Black women as active agents in the remaking of what it means to be American.

Cat M. Ariail is a lecturer in the Department of History at Middle Tennessee State University.

"Passing the Baton is engaging, optimistic, and unsentimental--it elucidates a rarely discussed period of American athletic history and thus offers much value to any demographic." --Journal of African American Studies

"What makes this book a priceless contribution to the field of sport history is Ariail's argument that the athletic victories of Black women in track and field surpassed the sports stage and directly impacted political relationships with the Unites States and forged America's image. . . . I highly recommend this book as it intermingles foreign politics, American values, and challenges experienced by Black women in track and field seeking to reach the epitome of athleticism." --Journal of Sport History

"Ariail pinpoints how important the women of track and field were to changing opinions in both white and black communities about the accomplishments of women of color. But she also powerfully argues that this story does not end with victory. Rather, she reminds us how much work gender did (and does) to undergird racism."--Katherine C. Mooney, author of Race Horse Men: How Slavery and Freedom Were Made at the Racetrack