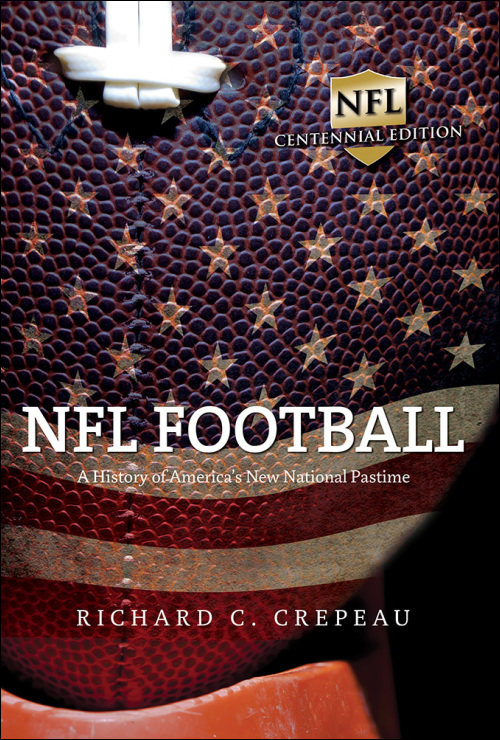 A multibillion-dollar entertainment empire, the National Football League is a coast-to-coast obsession that borders on religion and dominates our sports-mad culture. But today's NFL also provides a stage for playing out important issues roiling American society.

This updated and expanded edition of NFL Football observes the league's centennial by following the NFL into the twenty-first century, where off-the-field concerns compete with touchdowns and goal line stands for headlines. Richard C. Crepeau delves into the history of the league and breaks down the new era with an in-depth look at the controversies and dramas swirling around pro football today:

Authoritative and up to the minute, NFL Football continues the epic American success story.

Richard C. Crepeau is a professor emeritus of history at the University of Central Florida and former president of the North American Society for Sports History. He is the author of Baseball: America's Diamond Mind, 1919–1941.

"Crepeau's book examines the NFL as a business and a cultural phenomenon. It succeeds on both accounts. Anyone looking for a short overview of the NFL's meteoric rise to America's national pastime should begin with Crepeau's book." --Journal of Sport History

"The updates to this new edition of NFL Football have made Richard C. Crepeau's already crucial book even more vital to those of us interested in the history of America’s most popular and problematic sports organization."--Travis Vogan, author of ESPN: The Making of a Sports Media Empire

Praise for the previous edition of NFL Football:

“[Crepeau] has brought together from a great many sources the information necessary to anyone who wants to understand the origins and the workings of the powerful and profitable entertainment vehicle the NFL has become.”--Bill Littlefield, NPR’s Only a Game