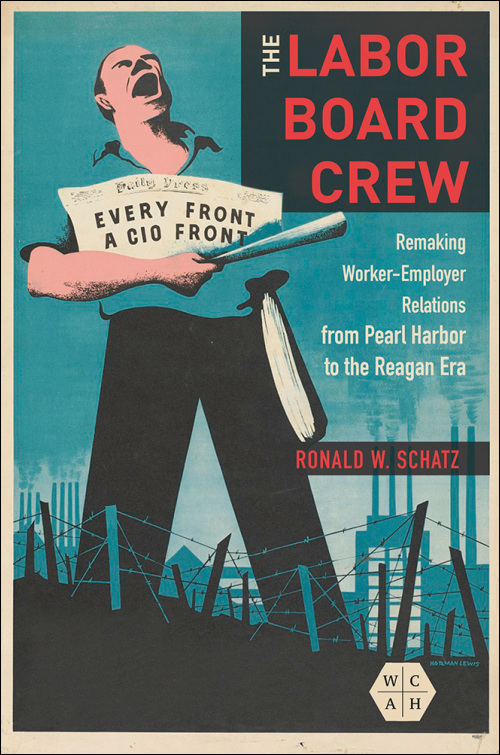 Ronald W. Schatz tells the story of the team of young economists and lawyers recruited to the National War Labor Board to resolve union-management conflicts during the Second World War. The crew (including Clark Kerr, John Dunlop, Jean McKelvey, and Marvin Miller) exerted broad influence on the U.S. economy and society for the next forty years. They handled thousands of grievances and strikes. They founded academic industrial relations programs. When the 1960s student movement erupted, universities appointed them as top administrators charged with quelling the conflicts. In the 1970s, they developed systems that advanced public sector unionization and revolutionized employment conditions in Major League Baseball.

Schatz argues that the Labor Board vets, who saw themselves as disinterested technocrats, were in truth utopian reformers aiming to transform the world. Beginning in the 1970s stagflation era, they faced unforeseen opposition, and the cooperative relationships they had fostered withered. Yet their protégé George Shultz used mediation techniques learned from his mentors to assist in the integration of Southern public schools, institute affirmative action in industry, and conduct Cold War negotiations with Mikhail Gorbachev.

Ronald W. Schatz is a retired professor of history at Wesleyan University. He is the author of The Electrical Workers: A History of Labor at General Electric and Westinghouse, 1923–60.

"Well worth the wait. . . . Like a vintage wine, The Labor Board Crew takes on added value and importance now, by providing readers an opportunity to reflect on a generation of pioneers in the field of industrial relations who have all passed on." --Negotiation Journal

"A learned, engaging, and important book on a subject about which most labor historians today, I suspect, know relatively little. Ron Schatz demonstrates convincingly, through clear and absorbing case studies, that the officials responsible for operationalizing a labor-relations system in these years also brought their worldviews, desires for stability, and passions to many other arenas ranging from higher education to baseball to Gorbachev and the end of the Cold War."--Eric Arnesen, author of Brotherhoods of Color: Black Railroad Workers and the Struggle for Equality

"A fascinating collective biography of the architects of postwar U.S. industrial relations, a unique generation whose pluralist worldview was forged in the crucible of wartime. Schatz brilliantly exposes their subsequent leadership shaping a variety of institutions, from higher education to international diplomacy, even as the industrial relations system they had created devolved."--Ruth Milkman, Gender at Work: The Dynamics of Job Segregation by Sex during World War II

"Dispute resolution procedures constitute Americas most important contribution to labor policy. Professor Schatz's book, The Labor Board Crew is the most significant scholarship on not only the cadre of arbitrators and mediators responsible for this development but also the World War II policies establishing the framework for the last 70 years of labor–management relations. It is the leading book bringing this history and contemporary labor policies together. The Labor Board Crew is essential reading for labor and public policy scholars and practitioners.--William B. Gould IV, author of For Labor to Build Upon: Wars, Depression, Panic