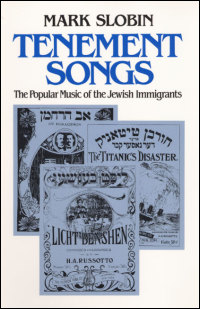 The Popular Music of the Jewish Immigrants

Yiddish-speaking Jewish immigrants brought a rich heritage of musical expression to the United States. On Manhattan's Lower East Side, a thriving Yiddish theater scene developed, and a new, distinctly Jewish American songcraft began to emerge. Mark Slobin's ethnographic study of the music and culture of the time traces the development of Yiddish popular song in America, delving into melodies, sheet music, and printers' iconography to bring alive a time and place that, while almost forgotten, still exercises an enormous effect on American popular culture.

"A well-deserved look at the musical world of immigrant Jews, who, in finding and creating an expressive medium for self-identity, helped shape and give life to American popular culture."--Ethnomusicology

"Employing the tools of the ethnomusicologist and the social historian, Slobin has produced an important and highly readable account of the formation and function of a little-studied aspect of American popular culture."--Journal of American Studies

"An excellent addition to . . . ethnomusicological studies of nontraditional music in America."--Choice

Mark Slobin is a professor emeritus of music at Wesleyan University. His books include Fiddler on the Move: Exploring the Klesmer World and Chosen Voices: The Story of the American Cantorate. 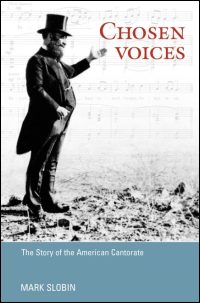 The Story of the American Cantorate 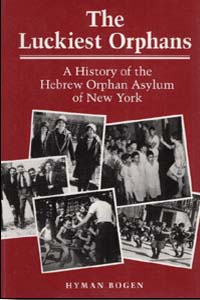 A History of the Hebrew Orphan Asylum of New York