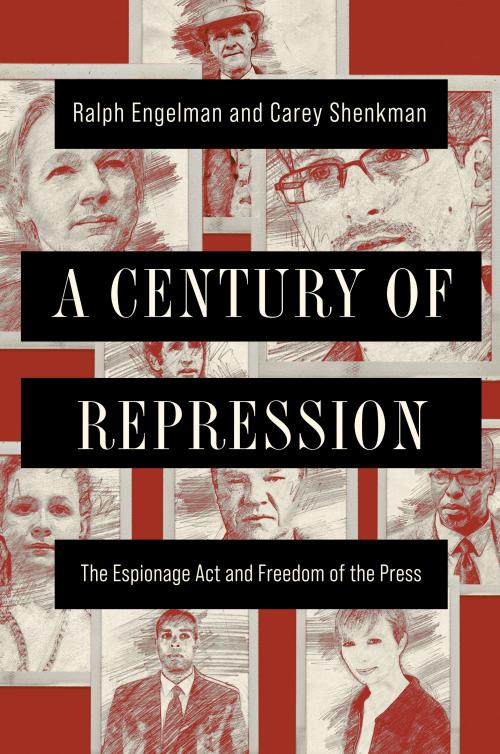 A Century of Repression

A Century of Repression offers an unprecedented and panoramic history of the use of the Espionage Act of 1917 as the most important yet least understood law threatening freedom of the press in modern American history. It details government use of the Act to control information about U.S. military and foreign policy during the two World Wars, the Cold War, and the War on Terror. The Act has provided cover for the settling of political scores, illegal break-ins, and prosecutorial misconduct. The cases of Eugene Debs, John S. Service, Daniel Ellsberg, Chelsea Manning, Edward Snowden, and Julian Assange, among others, reveal the threat posed to whistleblowers, government critics, and journalists alike. The treatment of the Act’s trajectory also offers new perspectives on American liberalism as well as the evolution of the FBI and the civil liberties movement in the twentieth and twenty-first centuries.

Ralph Engelman is senior professor emeritus of journalism and communication studies at Long Island University, Brooklyn, and faculty coordinator of the George Polk Awards. He is the author of Public Radio and Television in America: A Political History and Friendlyvision: Fred Friendly and the Rise and Fall of Television Journalism. Carey Shenkman is a constitutional lawyer and litigator focusing on freedom of expression, transparency, and technology. He serves on the panel of experts of Columbia University's Global Freedom of Expression Program, and consults on media rights issues before the United Nations and around the world.

"An impressive piece of both legal and journalistic history." --Reporters Committee for Freedom of the Press

“This study of the history and abuses of the Espionage Act—past and present—is urgently needed if we are to remain a truly democratic society. I even learned a lot about my own case. A riveting eye-opener and must read.”--Daniel Ellsberg

"Scholars, students, activists, and journalists will appreciate this careful study of the tension between national security and press freedom. Clear and factual, with a rich cast of characters, this book should serve as both a warning and a call for reform."--Christopher D. Daly, author of Covering America: A Narrative History of a Nation's Journalism