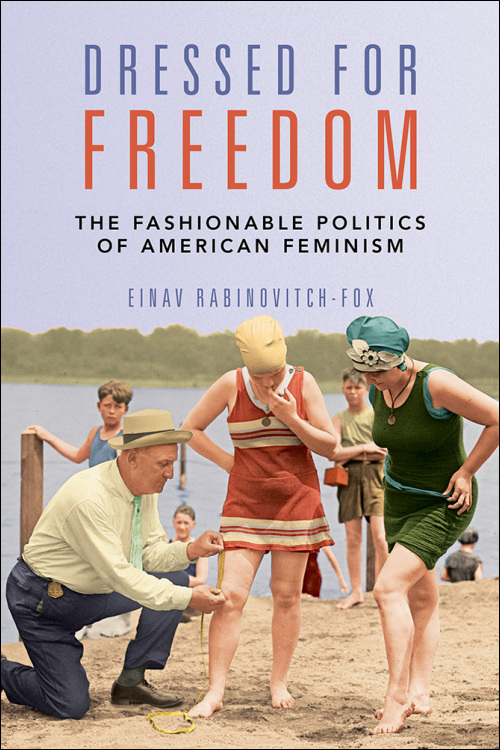 Often condemned as a form of oppression, fashion could and did allow women to express modern gender identities and promote feminist ideas. Einav Rabinovitch-Fox examines how clothes empowered women, and particularly women barred from positions of influence due to race or class. Moving from 1890s shirtwaists through the miniskirts and unisex styles of the 1970s, Rabinovitch-Fox shows how the rise of mass media culture made fashion a vehicle for women to assert claims over their bodies, femininity, and social roles. She also highlights how trends in women’s sartorial practices expressed ideas of independence and equality. As women employed new clothing styles, they expanded feminist activism beyond formal organizations and movements and reclaimed fashion as a realm of pleasure, power, and feminist consciousness.

A fascinating account of clothing as an everyday feminist practice, Dressed for Freedom brings fashion into discussions of American feminism during the long twentieth century.

* Research funded, in part, under the auspices of the Baker-Nord Center for the Humanities, Case Western Reserve University

"A fascinating and accessible examination of fashion and feminism throughout history." --Ms. Magazine

"An essential book on the politics of fashion." --Library Journal

"Fashion and feminism may seem antithetical, but Einav Rabinovitch-Fox cogently argues that they are closely intertwined. Her stimulating book highlights how Gibson girls, flappers, women designers, and even 1960s feminists saw modern clothes as an integral part of women’s freedom."--Kathy Peiss, author of Hope in a Jar: The Making of America's Beauty Culture

"Dressed for Freedom is an innovative exploration of the ever-shifting and complex relationship between feminists and fashion. Einav Rabinovitch-Fox shows how women as activists, designers, and consumers translated feminist ideas into everyday practices and turned shirtwaists and sportswear into the material through which women asserted identities and claimed rights to freedom of movement."--Maxine Leeds Craig, author of Sorry I Don't Dance: Why Men Refuse to Move