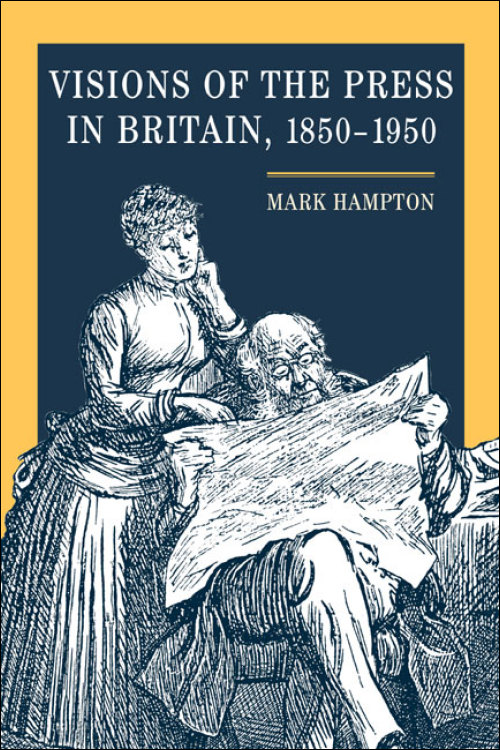 Historians recognize the cultural centrality of the newspaper press in Britain, yet very little has been published regarding competing historical understandings of the press and its proper role in British society.

In Visions of the Press in Britain, 1850-1950, Mark Hampton argues that qualities expected of the contemporary British press--lively writing, speed, impartiality, depth, and the ability to topple corrupt governments by informing readers—are not obvious attributes of journalism but derive from more than a century of debate. He analyzes the various historical conceptions of the British press that helped create its modern role and demonstrates that these conceptions were intimately involved in the emergence of mass democracy in the late nineteenth and early twentieth centuries.

Hampton surveys a diversity of sources--Parliamentary speeches and commissions, books, pamphlets, periodicals, and select private correspondence—in order to identify how governmental elites, the educated public, professional journalists, and industry moguls characterized the political and cultural function of the press. The resulting blend of cultural history and media sociology demonstrates how once-optimistic visions of the press have given way to more pessimistic contemporary views about the power of the mass media.

With clarity and panache, this book shows that many competing conceptions continued to influence twentieth-century understandings of the press but did not remain satisfactory in new political, cultural, and media environments. Visions of the Press in Britain, 1850-1950 provides a rich tapestry against which to understand the contemporary realities of journalism, democracy, and mass media.

Mark Hampton is an associate professor of history at Lingnan University, Hong Kong, and a coeditor of the journal Media History.

"No one interested in British journalism can afford to miss this stimulating book."--Modernism/modernity

"An impressive and important survey of a neglected subject. Hampton offers several interesting new ways of thinking about the press in this period and has deepened our understanding of the connections between the debates on the nature of journalism and the broader development of 'mass society.' By situating the press in its full political, social, and cultural context, moreover, he offers a salutary example to other media historians."--Twentieth Century British History

"Mark Hampton has succeeded in presenting a critical study both of 'how the press was discussed and understood in the nineteenth and twentieth centuries' (2), and of how the press's role changed over that period from educator of the 'people' to representative voice of the 'people' to entertainer and propagandiser of the 'people.' . . . The result is a study that should be as interesting for the general reader as it is valuable to intellectual historians and periodicals scholars."--Victorian Periodicals Review

"This is an important, groundbreaking book that establishes Mark Hampton as a major scholar in the field. He challenges prevailing orthodoxy with clear and powerful arguments while effectively linking history with today's heated debates about the role of tabloids and the right to privacy."--Joel Wiener, City College of New York

"An essential book that addresses the development of the popular press in a highly original way. It will make a major contribution to research and teaching in a wide range of disciplines, including politics, media, and cultural studies. Anyone with an interest in the health of our democracies should read carefully what this book has to say."--Aled Jones, author of Powers of the Press: Newspapers, Power and the Public in Nineteenth-Century England