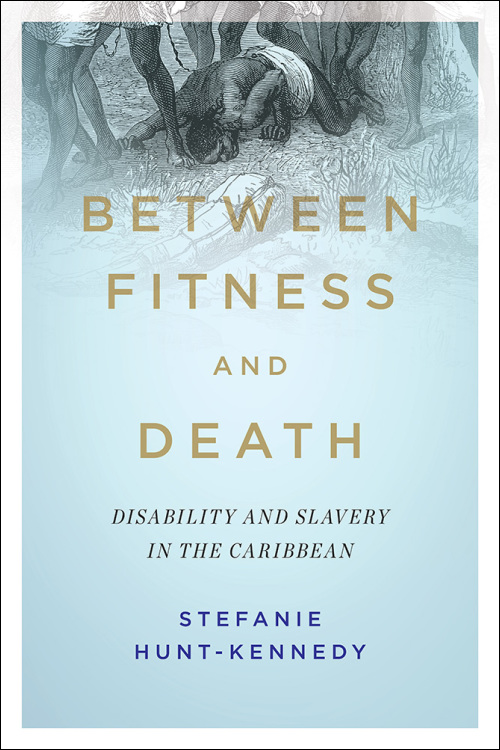 Long before the English became involved in the African slave trade, they imagined Africans as deformed beings. The English drew on pre-existing European ideas about monstrosity and deformity to argue that Africans were a monstrous race, suspended between human and animal, and as such only fit for servitude. Joining blackness to disability transformed English ideas about defective bodies and minds. It also influenced understandings of race and ability even as it shaped the embodied reality of people enslaved in the British Caribbean.

Stefanie Hunt-Kennedy provides a three-pronged analysis of disability in the context of Atlantic slavery. First, she examines the connections of enslavement and representations of disability and the parallel development of English anti-black racism. From there, she moves from realms of representation to reality in order to illuminate the physical, emotional, and psychological impairments inflicted by slavery and endured by the enslaved. Finally, she looks at slave law as a system of enforced disablement.

Audacious and powerful, Between Fitness and Death is a groundbreaking journey into the entwined histories of racism and ableism.

Stefanie Hunt-Kennedy is an associate professor at the University of New Brunswick.

"In revealing the pervasiveness of disability among enslaved people and the various associations between blackness and disability, Hunt-Kennedy provides a new way of looking at the archives of slavery. Between Fitness and Death furthers our understanding of Caribbean slavery." --Journal of Interdisciplinary History

"A compelling argument that colonial racialization and brutality are significant factors in the history of disability . . . Hunt-Kennedy's fascinating and important study will challenge future academics to look beyond fitness and death and rethink our assumptions about how anti-Black racism and abelism have developed in the Western World." --H-Disability

"Between Fitness and Death is essential reading for scholars of health, racialization, and law in the world of Atlantic slavery, and it also gestures toward important future directions for scholars of slavery and race, more generally." --Black Perspectives

"Slavery relied on the ever-present humanity of the enslaved. By suggesting a framework of disability, Hunt-Kennedy presents a conceptual shift that centers the human, while showing how the conditions of slavery undermined the abilities of Africans. Required reading for Caribbean scholars and scholars around the globe interested in slavery."--Sasha Turner, author of Contested Bodies: Pregnancy, Childrearing, and Slavery in Jamaica

"Hunt-Kennedy’s innovative take on the connections between disability and bondage underscores how embodiment, ability, and difference combined to shape ideologies of slavery and understandings about who could be enslaved. Essential reading for anyone interested in the intertwined histories of enslavement and race in the Atlantic World."--Jenny Shaw, author of Everyday Life in the Early English Caribbean: Irish, Africans, and the Construction of Difference