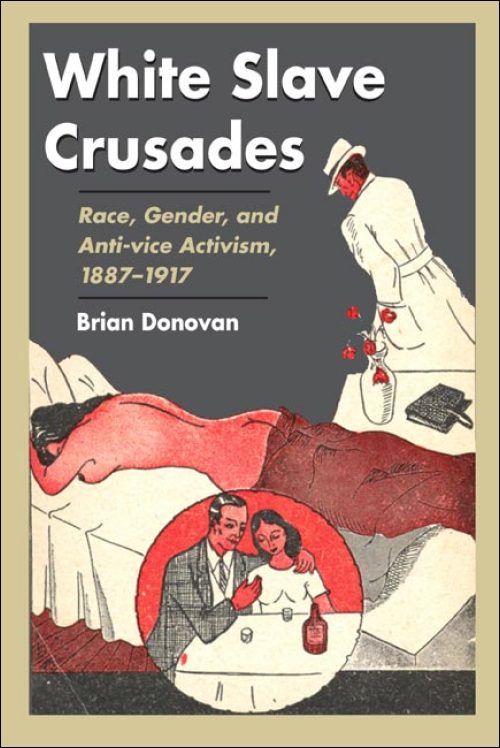 During the early twentieth century, individuals and organizations from across the political spectrum launched a sustained effort to eradicate forced prostitution, commonly known as "white slavery." White Slave Crusades is the first comparative study to focus on how these anti-vice campaigns also resulted in the creation of a racial hierarchy in the United States.

Focusing on the intersection of race, gender, and sex in the antiprostitution campaigns, Brian Donovan analyzes the reactions of native-born whites to new immigrant groups in Chicago, to African Americans in New York City, and to Chinese immigrants in San Francisco. Donovan shows how reformers employed white slavery narratives of sexual danger to clarify the boundaries of racial categories, allowing native-born whites to speak of a collective "us" as opposed to a "them." These stories about forced prostitution provided an emotionally powerful justification for segregation, as well as other forms of racial and sexual boundary maintenance in urban America.

Brian Donovan is an assistant professor of sociology at the University of Kansas.

"Interesting and provocative. The study covers an important topic in social and political history."--Journal of Sociology and Social Welfare

"This close textual analysis offers an insightful look at rhetorical strategies underlying the formation and adaptation of racial and gender ideologies at the turn of the last century."--Choice

"White Slave Crusades offers not only an engaging contribution to the history of moral reform movements in American history but also a sophisticated addition to the sociology of culture and the new cultural history."--Christian Scholar's Review

"Donovan provides an extremely well-documented account of antivice activism at the turn of the 20th century, and this book will surely be a useful resource for scholars of immigration, race, gender, sexuality, and culture."--American Journal of Sociology