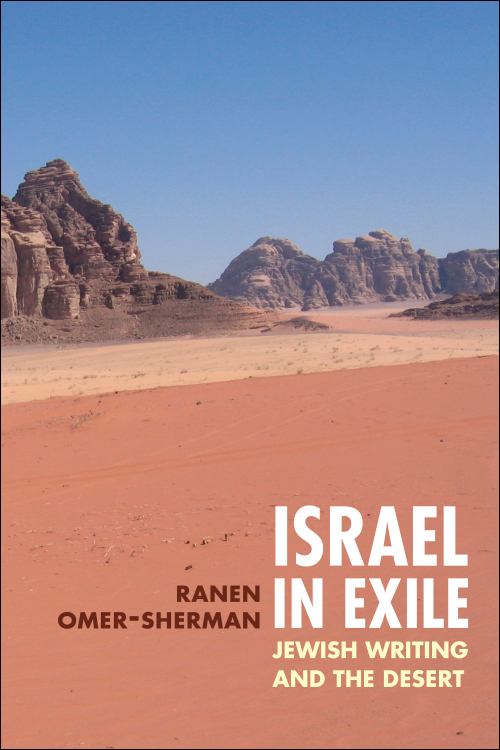 Israel in Exile is a bold exploration of how the ancient desert of Exodus and Numbers, as archetypal site of human liberation, forms a template for modern political identities, radical skepticism, and questioning of official narratives of the nation that appear in the works of contemporary Israeli authors including David Grossman, Shulamith Hareven, and Amos Oz, as well as diasporic writers such as Edmund Jabès and Simone Zelitch.

In contrast to other ethnic and national representations, Jewish writers since antiquity have not constructed a neat antithesis between the desert and the city or nation; rather, the desert becomes a symbol against which the values of the city or nation can be tested, measured, and sometimes found wanting. This book examines how the ethical tension between the clashing Mosaic and Davidic paradigms of the desert still reverberate in secular Jewish literature and produce fascinating literary rewards. Omer-Sherman ultimately argues that the ancient encounter with the desert acquires a renewed urgency in response to the crisis brought about by national identities and territorial conflicts.

Ranen Omer-Sherman spent thirteen years in the Arava desert as a kibbutznik, guide, and ranger. He is an assistant professor of English at the University of Miami, and the author of Diaspora and Zionism in Jewish American Literature.

"Israel in Exile evokes the importance of a critical and subversive Diaspora perspective for an Israeli society that has not yet found its territorial and individual identity. . . . Raises important questions for the political situation in Israel today."--Shofar

"An invaluable addition to scholarship on Jewish literature both biblical and contemporary."--Journal of Jewish Identities

"This is an important book."--Religion & Literature