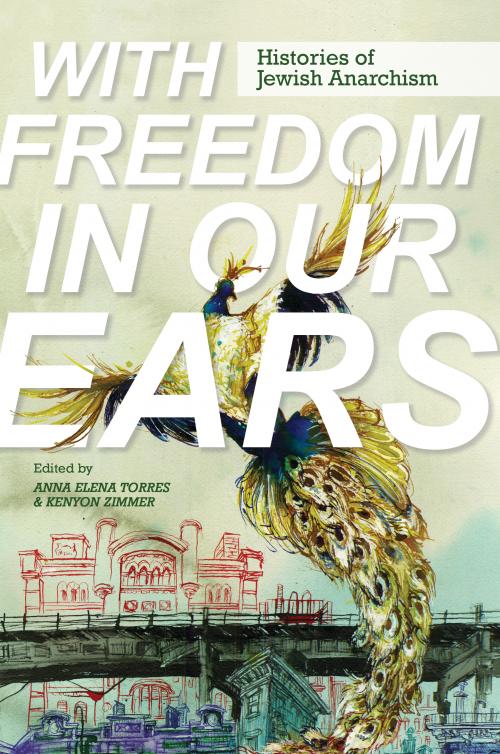 With Freedom in Our Ears

Jewish anarchism has long been marginalized in histories of anarchist thought and action. Anna Elena Torres and Kenyon Zimmer edit a collection of essays that recovers many aspects of this erased tradition.

These essays reveal an ongoing engagement with non-Jewish radical cultures, including the translation practices of the Jewish anarchist press. Jewish anarchists drew from a matrix of secular, cultural, and religious influences, inventing new anarchist forms that ranged from mystical individualism to militantly atheist revolutionary cells.

With Freedom in Our Ears brings together more than a dozen scholars and translators to write the first collaborative history of international, multilingual, and transdisciplinary Jewish anarchism.

Anna Elena Torres is an assistant professor in the Department of Comparative Literature at the University of Chicago and the author of Horizons Blossom, Borders Vanish: Anarchism and Yiddish Literature. Kenyon Zimmer is an associate professor of history at the University of Texas at Arlington. He is the author of Immigrants against the State: Yiddish and Italian Anarchism in America.

“This volume vividly recaptures the lost world of Jewish anarchism, tracing its political imaginaries as well as the social structures and practices that it built. Spanning multiple continents and centuries, it offers a new way of approaching the Jewish radical experience in the past--and potentially rethinking its possibilities in the present.”--Faith C. Hillis, author of Utopia's Discontents: Russian Émigrés and the Quest for Freedom, 1830s–1930s

“This is the first book of its kind in English and each contribution is original and important. Not only does the collection add to the quantity of studies, it steers research on the subject in new directions. Traditionally, anarchism’s connections to religious thought have been ignored, the presumption being they have nothing to do with one another. These authors show otherwise.”--Tony Michels, author of Jewish Radicals: A Documentary History