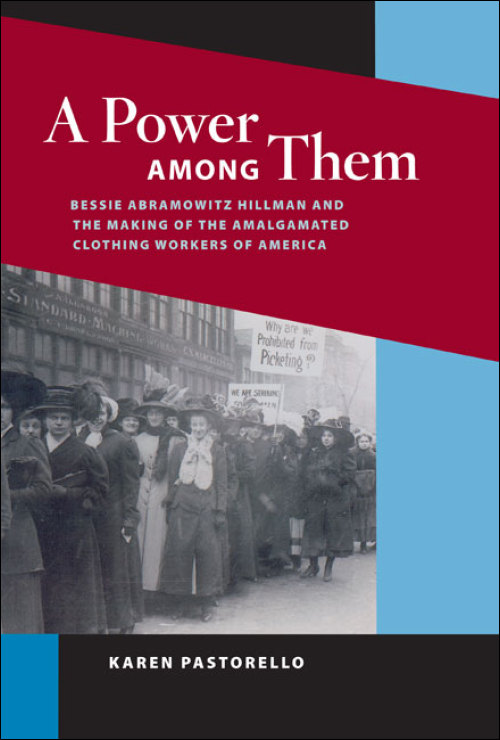 Karen Pastorello's pathbreaking biography of Bessie Abramowitz Hillman places this remarkable labor leader and Progressive Era activist at the center of the founding of the Amalgamated Clothing Workers of America. Bridging the gap between Progressive social feminism and the labor feminists of the post-World War II period, Hillman worked to end race and class injustice and improve the quality of life for working women, even as she was overshadowed by her husband, union leader Sidney Hillman. Interweaving Hillman's experiences as an Eastern European Jewish immigrant with a rich historical account of the founding and development of a key garment union, Pastorello reveals the prominent role of women labor activists in both the workplace and union leadership.

Karen Pastorello chairs the Women and Gender Studies Program and is a professor of history at Tompkins Cortland Community College. She is the author of The Progressives: Activism and Reform in American Society, 1893-1917.

"The book is written with such craft that it reads almost like entertaining historical fiction. . . . A great resource for labor history and women's studies collections. Highly recommended."--Choice

“Valuable in its focus on a figure underappreciated even in other literature on the ACWA. . . . A real contribution to the scholarship on the struggle of labor women to merge class and gender identities in finding meaningful work and building productive lives.”--American Jewish History

"A lively account of the life of Bessie Hillman, a woman who has previously not received enough attention given the important role she played in improving rights for women, immigrants, African Americans, and the working class in the United States."--Labour/Le Travail

"A carefully researched and engaging biography that makes vivid the many changes affecting union women in the twentieth century."--Enterprise and Society

"Pastorello's vigorous chronicle of the tumultuous, eventful life of Bessie Abramowitz Hillman recognizes Hillman as a major contributor to American social reform and restores her to her rightful place in the historical narrative. Readers will be captivated by Pastorello's skillful rendering of the exhilarating world of Chicago Hull-House social reformers; the Amalgamated Clothing Workers of America campaigns to organize Philadelphia sweatshops, teenagers in rural Pennsylvania shirt factories, and African American laundry workers in New York; the restiveness of working-class women in the post-World War II decades; and the emergence of labor feminism on the national stage."--Dorothy Sue Cobble, author of The Other Women's Movement: Workplace Justice and Social Rights in Modern America

"This compelling life story of an immigrant woman factory worker adds to our understanding of the founding and development of an important union, the Amalgamated Clothing Workers of America, and illuminates the emerging concept of labor feminism."--Brigid O'Farrell, coeditor of Rocking the Boat: Union Women's Voices, 1915-1975