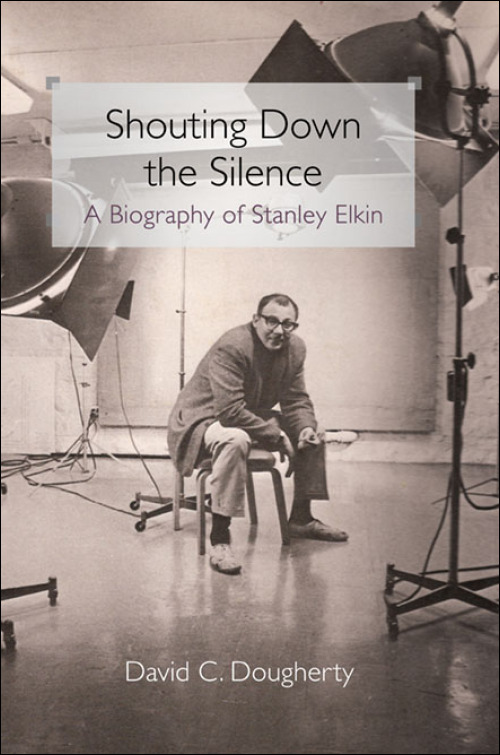 Shouting Down the Silence presents the first complete biography of Stanley Elkin, a preeminent novelist who consistently won high marks from critics but whose complexities of style seemed destined to elude the popular acclaim he hoped to attain. From the publication of his second novel, A Bad Man, in 1967 to his death in 1995, Elkin was tormented by the desire for both material and artistic success.

Elkin's novels were taught in colleges and universities, his fiction received high praise from critics and reviewers (two of his novels won National Book Critics Circle Awards), and his short stories were widely anthologized--and yet he was unable to achieve renown beyond the avant-garde, or to escape the stigma of being an "academic writer." He wanted to be Faulkner, but he had trouble being Elkin.

Drawing on personal interviews and an intimate knowledge of Elkin's life and works, David C. Dougherty captures Elkin's early life as the son of a charismatic, intimidating, and remarkably successful Jewish immigrant from Russia, as well as his later career at Washington University in St. Louis. A frequent participant at the annual Bread Loaf Writers' conference, he was the friend--and sometime antagonist--of other important writers, particularly Saul Bellow, William Gass, Howard Nemerov, and Robert Coover. Despite failed attempts to bridge the gap from his academic post to wide popular success, Elkin continued to write essays, stories, and novels that garnered unerring praise. His was a classic dilemma of an intellectual aesthete loath to make use of the common devices of popular appeal. This book details the ambition, the success, the friction, and the foibles of a writer who won fame, but not the fame he wanted.

David C. Dougherty is a professor of English at Loyola University Maryland and the author of the critical studies Stanley Elkin and James Wright, as well as the editor of two casebooks on Elkin's novels.

"In a biography of focus and fire, Dougherty portrays Elkin ... in all his courage, persistence, and molten creativity and makes an open-and-shutcase for Elkin’s scouring, epoch-defining, and life-embracing books."--Booklist

"A thoroughly reliable portrait of a neglected novelist."--Kirkus Reviews

"A very fine literary biography as well as an extremely impressive work of literary scholarship. Dougherty does a remarkable job of presenting Elkin's more challenging texts in accessible terms, while eloquently and insightfully telling the story of Elkin's persistence in creating literature against the context of his battle with physical afflictions. Shouting Down the Silence accurately depicts Elkin as the hero of American letters he always refused to acknowledge himself as being."--Peter J. Bailey, author of Reading Stanley Elkin