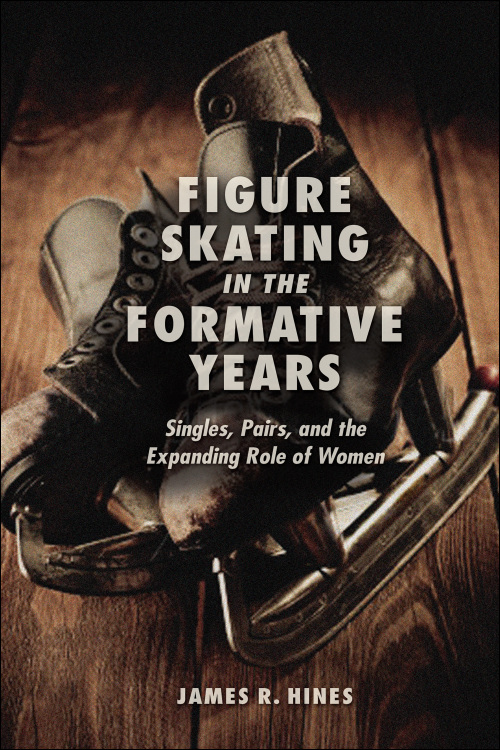 Once a winter pastime for socializing and courtship, skating evolved into the wildly popular competitive sport of figure skating, one of the few athletic arenas where female athletes hold a public profile--and earning power--equal to that of men.

Renowned sports historian James R. Hines chronicles figure skating's rise from its earliest days through its head-turning debut at the 1908 Olympics and its breakthrough as entertainment in the 1930s. Hines credits figure skating's explosive expansion to an ever-increasing number of women who had become proficient skaters and wanted to compete, not just in singles but with partners as well.

Matters reached a turning point when British skater Madge Syers entered the otherwise-male 1902 World Championship held in London and finished second. Called skating's first feminist, Syers led a wave of women who made significant contributions to figure skating and helped turn it into today's star-making showcase at every Winter Olympics.

Packed with stories and hard-to-find details, Figure Skating in the Formative Years tells the early history of a sport loved and followed by fans around the world. 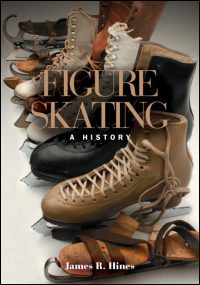 "This book provides a valuable background to the sport of figure skating which will not only interest skaters but will also deepen the understanding of reader who have no involvement with the sport but who enjoy the spectacle on television."--Sport in History

"Professor Hines' new book covers the formative years of figure skating which end at the same time I became a competitor and an enthusiast of skating. The book provides fascinating new information about many things, including forgotten moves and figures, such as the 'Q' figure. It also reminds us that figure skating was originally a male sport. Read it, and you will be amazed at the never ending changes figure skating has gone through, especially the ever expanding role of women from the late nineteenth century till today."--Dick Button

"As someone who has spent a lifetime on the ice, it is very meaningful to know who came before me and to better understand their contributions to my experiences on the ice. I think that goes for all skaters and skating fans. It's great fun to know how the sport we love came to this place. Without an appreciation for the past, the present loses value and the future means very little. Enjoy this book that chronicles skating's beloved history."--Scott Hamilton, gold medalist, 1984 Winter Olympics, and winner of four U.S. championships and four World Championships

"James Hines delves deeply into the fascinating roots of modern figure skating in a book that should be required reading for coaches, skaters, and fans of the sport. An engaging history from the first page, his work places figure skating in the context of the centuries, from the origins of blade design and fabrication, which gave rise to the invention of turns, technique, and artistry. As one of the last skaters to perform school figures in competition, I appreciate his attention to detail as he traces back to the individuals who laid the foundations for our beloved sport and art, and importantly, incorporates the ever-evolving landscape of societal change in its development."--Paul Wylie, silver medalist, 1992 Winter Olympics

"Jim Hines adds to his authoritative history of figure skating with a detailed review of the evolution of figure skating, from a national level to international competitions. A must-read for anyone who loves figure skating and history."--David Raith, Executive Director, U.S. Figure Skating

"This work examines the vital role of women in singles skating and in pairs and is an invaluable addition to the historical literature of the sport."--Sonia Bianchetti Garbato, former ISU Council member, Technical Committee chair, and Referee

"Professor James Hines, the distinguished historian of the sport of ice skating, who is also a member of the International Society of Olympic Historians, has written a vital new work that has done much to recognize and record the vital role of women in the success of the sport over the past century and is, therefore, a valuable addition to the literature of the sport."--Benjamin Wright, Senior Past President of the USFSA and former chair of the ISU Figure Skating Committee