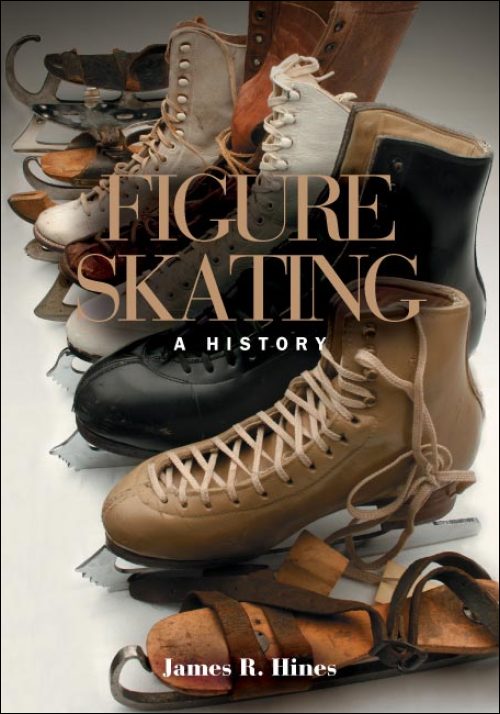 Figure skating, unique in its sublimely beautiful combination of technical precision, musicality, and interpretive elements, has undergone many dramatic developments since the only previous history of the sport was published in 1959. This exciting and information-packed new history explains skating's many technical and artistic advances, its important personages, its intrigues and scandals, and its historical high points. Abundant full-color and black-and-white photographs illustrate the text..

James R. Hines divides his history into three periods separated by the World Wars. In the first section, he follows functional and recreational ice skating through its evolution into national schools, culminating in the establishment of the International Skating Union and the ascendancy of an international style of skating. The second section explains the changes that occurred as the sport expanded into the form we recognize and enjoy today, and the final section shows how skating became increasingly athletic, imaginative, and intense following World War II, as the main focus turned to skaters themselves. The profiles include some 148 World and Olympic Champions as well as others who, in Dick Button's words, "left the sport better because they were in it."

Beginning with mythological tales from twelfth- and thirteenth-century Scandinavians, Hines describes hundreds who have contributed to the sport. They include figure skating's patron saint Lydwina of Schiedam, whose late-fourteenth-century skating tumble has been documented in a woodcut; Ulrich Salchow and Axel Paulsen, who gave their names to distinctive jumps; Madge Syers, who entered and medaled at the previously all-male World Championships in 1902; and Sonja Henie, who took skating to the silver screen. The history ends with the 2002 skating season, when Irina Slutskaya and Michelle Kwan commanded the most attention and an unfortunate judging decision rocked the pairs' competition, resulting in the adoption of a new judging system.

Beyond the contributions of individual skaters, Figure Skating also traces the growth of competitions and show skating (professional and amateur), and discussions of relevant social, political, and ethical concerns that have affected the sport. Along with over seventy magnificent historical pictures spread throughout the book, a very special gallery features the picture of every World and Olympic champion. Figure Skating is an informative and inspiring resource, sure to be enjoyed by anyone who has ever skated recreationally or in competition as well as by the many fans who have followed this beautiful sport as spectators.

James R. Hines is a professor of musicology at Christopher Newport University, Newport News, Virginia, and has been skating since the 1950s.

“James R. Hines has done a masterful job of explaining the origins of skating traditions throughout the world, and successfully integrates the history of the sport into a broader cultural context. He has woven together all of the sport’s major developments, and highlights individuals from around the world who have contributed significantly to the artistry and athleticism of figure skating. This highly readable volume is supplemented by over 200 extraordinary photographs that capture the very essence of figure skating.”--Brian Alexander, Executive Director, World Figure Skating Museum and Hall of Fame