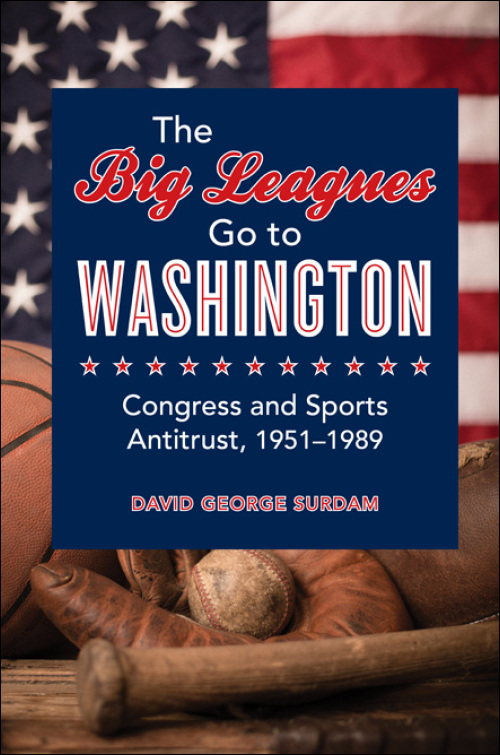 Between 1951 and 1989, Congress held a series of hearings to investigate the antitrust aspects of professional sports leagues. Among the concerns: ownership control of players, restrictions on new franchises, territorial protection, and other cartel-like behaviors.

In The Big Leagues Go to Washington, David Surdam chronicles the key issues that arose during the hearings and the ways opposing sides used economic data and theory to define what was right, what was feasible, and what was advantageous to one party or another. As Surdam shows, the hearings affected matters as fundamental to the modern game as broadcasting rights, player drafts and unions, league mergers, and the dominance of the New York Yankees. He also charts how lawmakers from the West and South pressed for the relocation of ailing franchises to their states and the ways savvy owners dodged congressional interference when they could and adapted to it when necessary.

David George Surdam is an associate professor of economics at the University of Northern Iowa. He is the author of Wins, Losses, and Empty Seats: How Baseball Outlasted the Great Depression. 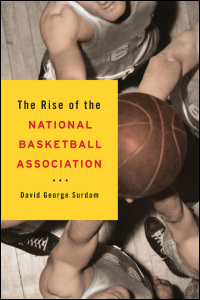 "Surdam has made a fine contribution to not only the history of sports antitrust, but more broadly to our understanding of how sports leagues and franchises rose to such economic and cultural power in modern America."--Sport in American History

"The display of Surdam's encyclopedic knowledge of the intricacies of the business of baseball, football, and basketball is the central strength of The Big Leagues Go to Washington. . . . By wading through pages of hearing transcripts and by examining the three major American professional sports together, Surdam has contributed to our understanding of the business and law of sports."--Journal of the Illinois State Historical Society

"Covers in detail the role of Congressional hearings in the economic development of pro team sports, with special emphasis on major league baseball. An impressive work."--James Quirk, coauthor of Paydirt: The Business of Professional Team Sports

"David Surdam brings his finely focused research skills to yet another topic in the economics of sports literature. Like his previous books on the New York Yankees, the NFL, and the NBA, Surdam covers the field in great depth and brings keen economic insights to bear on an issue that is too often misinterpreted. And yet, despite the depth of his analysis, Surdam writes in a style that is accessible to a wide audience. One need not hold a Ph.D. in economics to follow Surdam's arguments, yet the book will also appeal to those who do."--Michael Haupert, University of Wisconsin-La Crosse