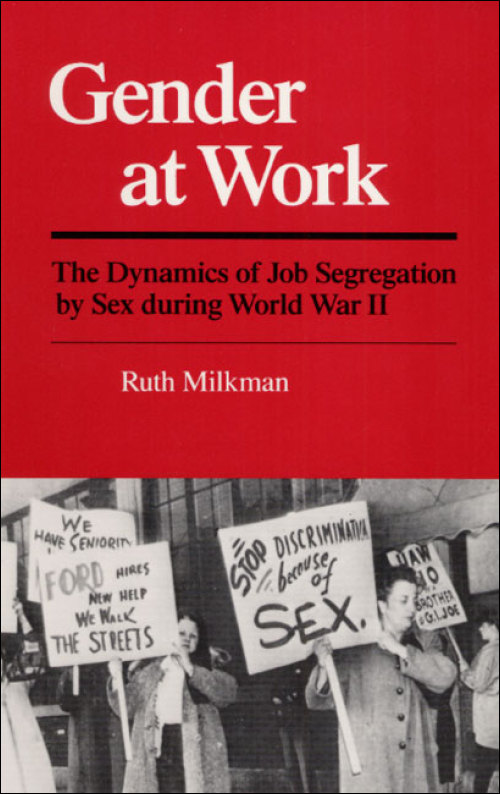 Women's entry into so-called men's work during World War II sparked conflicts at the time and when men returned at war's end. Ruth Milkman delves into the issues in play and the prewar origins of traditional patterns of gender segregation in the workplace. Ranging from the dynamics on the shop floor to hiring patterns, Milkman pays particular attention to automobile and electrical manufacturing. She analyzes a number of persistent questions, including management's decision to re-embrace gender segregation after the war; women's lack of protest; the failure of unions to protect women; and how related employer strategies helped control labor by maintaining women's place as workers paid less than men.

Ruth Milkman is Distinguished Professor of Sociology at The CUNY Graduate Center. Her books include On Gender, Labor, and Inequality and L.A. Story: Immigrant Workers and the Future of the U.S. Labor Movement.

"By analyzing the process of work in both the electrical and the automobile industries, the supplies of male and female labor available to each, the varying degrees of labor-intensive work, the proportion of labor costs to total costs, and the extent of male resistance to female entry into the industry before, during, and after the war, Milkman offers a historically grounded and detailed examination of the evolution, function, and reproduction of job segregation by sex."--Journal of American History

"Analytic sophistication is coupled with a powerfully rendered narrative: the reader strides briskly along, enjoying one provocative insight after another while simultaneously absorbed by the drama of the events."--Women's Review of Books