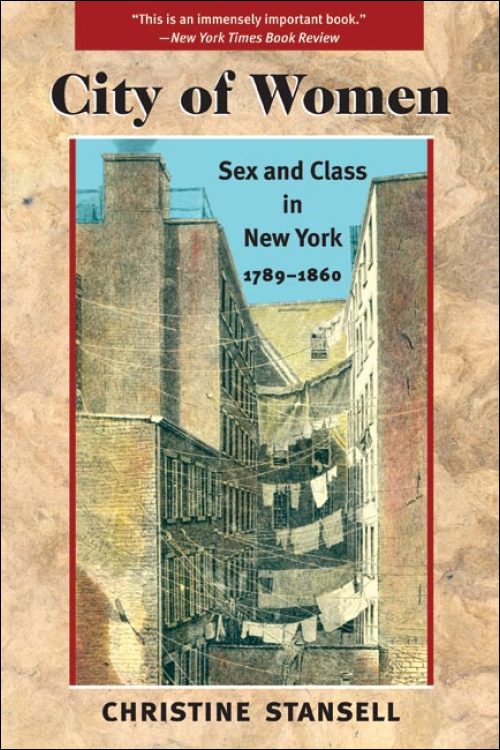 Before the Civil War, a new idea of womanhood took shape in America in general and in the Northeast in particular. Women of the propertied classes assumed the mantle of moral guardians of their families and the nation. Laboring women, by contrast, continued to suffer from the oppressions of sex and class. In fact, their very existence troubled their more prosperous sisters, for the impoverished female worker violated dearly held genteel precepts of 'woman's nature' and 'woman's place.'City of Women delves into the misfortunes that New York City's laboring women suffered and the problems that resulted. Looking at how and why a community of women workers came into existence, Christine Stansell analyzes the social conflicts surrounding laboring women and they social pressure these conflicts brought to bear on others. The result is a fascinating journey into economic relations and cultural forms that influenced working women's lives—one that reveals at last the female city concealed within America's first great metropolis.

Christine Stansell is Stein-Freiler Distinguished Service Professor Emerita at the University of Chicago. Her books include American Moderns: Bohemian New York and the Creation of a New Century.

"This is an immensely important book for historians. Rather than study women in isolation, Christine Stansell has put them into their political, moral, and social worlds. Her work will help bring studies of women out of their separate sphere and into the mainstream of American history."--Martha Saxton, New York Times Book Review

"Christine Stansell's highly original work takes a close look at working-class women in early nineteenth-century New York, and shows both the strengths and the vulnerabilities of this ‘city of women.' Describing the specific moral and economic circumstances of individual female lives, Stansell makes vivid historical sense of what until now has been obscured by generalization, abstraction, and oversimplification."--Jean Strouse

"An important and exciting contribution. This is truly innovative and responsible social history." --Elaine Showalter