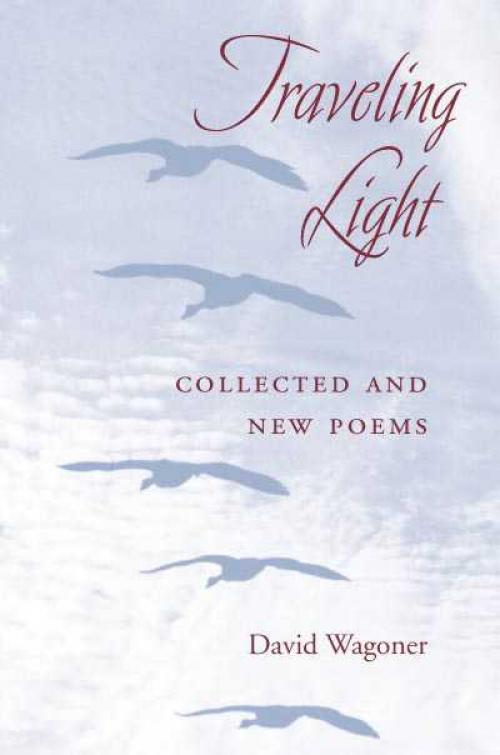 David Wagoner has won the acclaim of his peers and been compared with some of the most gifted poets in the English language: Emily Dickinson, James Wright, Robert Frost, Theodore Roethke. The Antioch Review has ascribed to him a"profoundly earthbound sanity," while Publishers Weekly credits him with a "plainspoken formal virtuosity" and a "consistent, pragmatic clarity of perception." His collections have garnered Poetry's Levinson and Union League Prizes, the Ruth Lilly Prize, and nominations for the American Book Award and the National Book Award. For his most recent collection, Walt Whitman Bathing, Wagoner was honored with the Ohioana Book Award in the category of poetry.Witty, eloquent, and insightful, Traveling Light offers new and familiar treasures from a master observer of both the natural and the human worlds. In a style by turns direct and intricate, Wagoner distills the essential emotions from people's encounters with each other, with nature, and with themselves. Through his compassionate but unblinking eyes, we see ourselves and the world that surrounds us more sharply delineated.

"[Wagoner's] study of American nostalgias is as eloquent and moving as that of James Wright, and like Wright's poetry carries on some of the deepest currents in American verse."--Harold Bloom

"When Wagoner looks at something, he brings it to vivid and immediate life through an extraordinary power with a simple name: love. He is as formally various as Thomas Hardy, as playful as Dickinson, as wry as Frost."--Dave Smith

"A powerful, forthright, and beautifully disciplined writer, Wagoner is both poet and born storyteller. . . . . To read him is to live in a larger world."--X. J. Kennedy