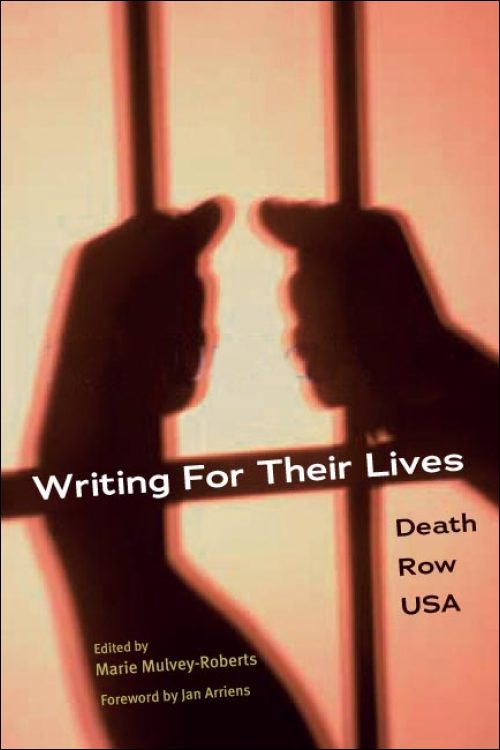 Going well beyond graphic descriptions of death row's madness and suicide-inducing realities, Writing for Their Lives offers powerful, compassionate, and harrowing accounts of prisoners rediscovering the value of life from within the brutality and boredom of the row. Editor Marie Mulvey-Roberts brings together the writings of prisoners (many of whom are also prize-winning authors) and the words of those who work in the field of capital punishment, whose roles have included defense attorney, prison psychiatrist, chaplain and warden, spiritual advisor, abolitionist and executioner, as well as a Nobel Prize nominee and a murder victim family member. The material is presented through articles, journal extracts, letters, short stories, and poems.

Exposing little-known facts about the five modes of execution practiced in the United States today, Writing for Their Lives documents the progress of life on death row from a capital trial to execution and beyond, through the testimony of the prisoners themselves as well as those who watch, listen, and write to them. What emerges are stories of the survival of the human spirit under even the most unimaginable circumstances, and the ways in which some prisoners find penitence and peace in the most unlikely surroundings. In spite of the uniformity of their prison life and its nearly inevitable conclusion, prisoners able to read and write letters are shown to retain and develop their individuality and humanity as their letters become poems and stories.

Writing for Their Lives serves ultimately as an affirmation of the value of life and provides bountiful evidence that when a state executes a prisoner, it takes a life that still had something to give.

This edition features an introduction by the editor as well as a foreword by Jan Arriens. Dr. Mulvey-Roberts will be donating her profits from the sale of this volume to the legal charity Amicus, which assists in capital defense in the United States.

Marie Mulvey-Roberts is a Reader in Literary Studies in the School of English and Drama at the University of the West of England, Bristol. She has taught in a number of prisons in the United Kingdom. Jan Arriens is the founder of LifeLines, an international organization of correspondents who exchange letters with death row prisoners.

“The madness of Death Row in the USA is described in graphic detail in this collection of testimonies, short stories, and poems. . . . Most do not question either their guilt or their fate, accepting their lot with resignation. Very few books have the power to change the world. This book is unlikely to be the exception. And for that we should all be very sorry indeed.”--Tribune

“Nobody who reads this book will put it down unaffected. . . . Mulvey-Roberts has drawn together an astonishing collection of writings and speeches which will shock, shake and warn. . . . A powerful tool to help contribute to the sentimentality against the punishment. She has displayed that the pen is mightier than the sword.”--Amicus Journal

"A refreshing emphasis on dignity and humanity in the face of terror and evil."--Rick Halperin, Amnesty International USA