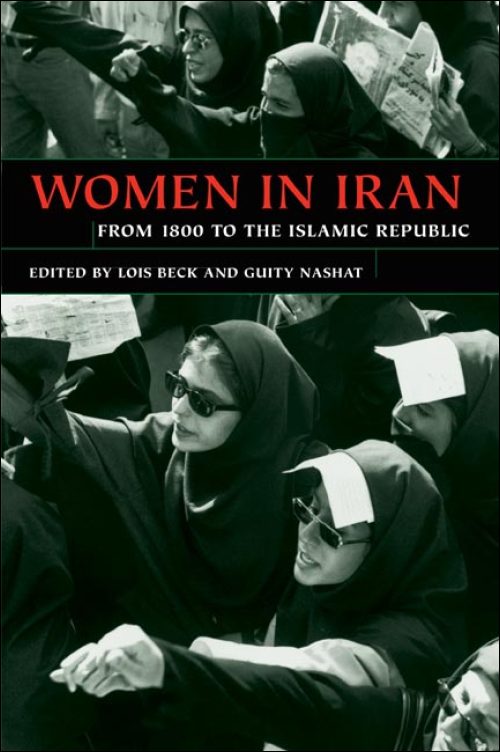 The role of women in Iran has often been downplayed or obscured, particularly in the modern era. This volume demonstrates that women have long played important roles in different facets of Iranian society. Together with its companion, Women in Iran from the Rise of Islam to 1800, this volume completes a two-book project on the central importance of Iranian women from pre-Islamic times through the creation and establishment of the Islamic Republic.

It includes essays from various disciplines by prominent scholars who examine women's roles in politics, society, and culture and the rise and development of the women's movement before and during the Islamic Republic. Several contributors address the issue of regional, ethnic, linguistic, and tribal diversity in Iran, which has long contained complex, heterogenous societies.

Lois Beck is a professor of anthropology at Washington University in St. Louis. She is the author of Nomad: A Year in the Life of a Qashqa'i Tribesman in Iran and the coeditor of Women in the Muslim World. Guity Nashat is an associate professor of history at the University of Illinois at Chicago. She is the author of The Origins of Modern Reform in Iran 1870-1880 and the editor of Women and Revolution in Iran.

"Women in Iran aims for a perspective that reaches beyond discussions of secularism or veiling."--Middle East Journal

"This book is a welcome addition to the flourishing literature that counters stereotypical understandings of Islam and women. It helps to highlight (yet again) the unceasing resistance that Muslim women in general and (as illustrated by the essays here) Iranian women in particular have shown against patriarchal interpretations and traditions that have erected barriers between women and their rights. The well-researched and well-argued papers will interest specialists and non-specialists alike: this book will be on my students' reading list."--Journal of Islamic Studies

"A welcome addition to scholarly work on Iranian contemporary history, popular culture, political science, sociology, gender and women's studies. [The] volume adds a unique dimension to our understanding of feminism in Iran and the rule of fundamentalism in the making of the Islamic Republic of Iran."--International Feminist Journal of Politics