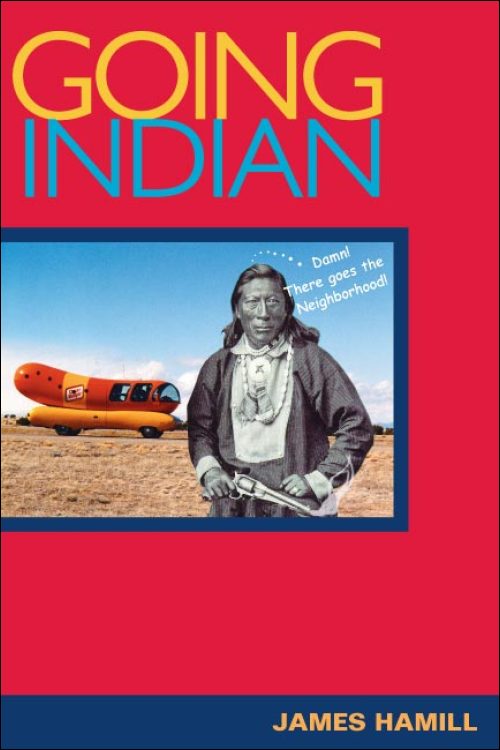 Going Indian explores Indian (as opposed to tribal) ethnic identity among Native American people in Oklahoma through their telling, in their own words, of how they became Indian and what being Indian means to them today. Divided into four parts, the book features Oklahoma Indians' constructions of their histories and their view of today's native populations, their experiences with forced removals and Indian educational institutions, the meaning they place on blood quantum and ancestry in relation to Indian identity, and their practice of religion in Native churches.

James Hamill makes extensive use of the Indian Pioneer and Doris Duke material at the University of Oklahoma's Western History Library to assemble these narratives, using interviews collected between 1937-38 and 1967-70, as well as interviews he conducted from 2000 to 2001. While most books on Native American people in Oklahoma focus on tribes and their histories, Hamill instead explores the use of Indian symbolism across a wide field of experience to reveal what they thought and what they think about these various issues, and how these have influenced and affected their self-perceptions over time.

James Hamill is a professor of anthropology at Miami University in Ohio and the author of Ethno-Logic: The Anthropology of Human Reasoning.

"In this very readable and accessible study, James Hammill examines one specific instance of the construction of modern American Indian ethnicity and identity."--Journal of American Ethnic History

"Anthropologist James Hamill's work comes as close as any to explaining how an ethnic Indian identity can supplant a tribal one. . . . A highly original book that will be of interest to both scholar and general reader."--Great Plains Quarterly

"Hamill's work is valuable for its inclusion of many Indigenous voices from the 1930s, 1960s-1970s, and 1990s and is commendable for the author's painstaking process of compiling and arranging the data."--Journal of the American Studies Association of Texas

"An excellent exploration of ethnic and social identity."--Multicultural Review

"Richly textured and palpably human. . . . Going Indian is a remarkable book."--Journal of the West

"Hamill's contributions are two-fold. First, he shows how Native peoples in the twentieth century have re-crafted the colonial experiences of removal and forced assimilation into stories of not just sorrow, but also of hope and survival. . . . Second, Hamill succeeds in his nuanced, yet accessible, discussion of Indian blood politics."--Western Historical Quarterly

Co-winner of the James Mooney Award, presented at the Southern Anthropological Society meeting. This award honors distinguished anthropological scholarship on the South and Southerners published in the previous two calendar years (2005 & 2006).