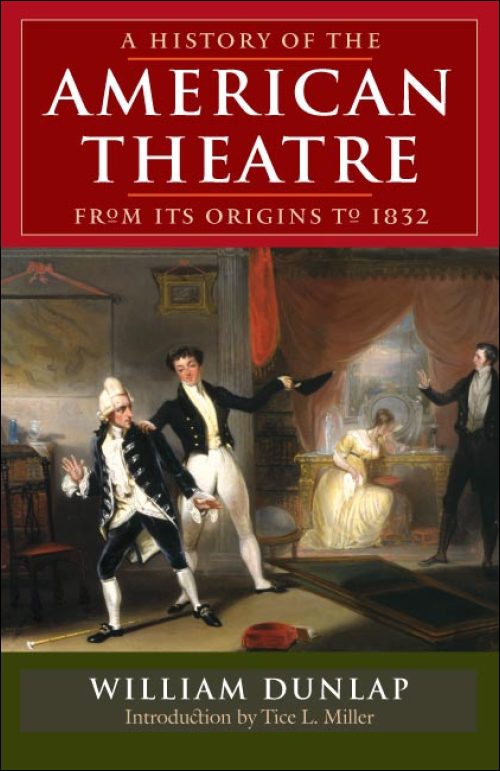 As America passed from a mere venue for English plays into a country with its own nationally regarded playwrights, William Dunlap lived the life of a pioneer on the frontier of the fledgling American theatre, full of adventures, mishaps, and close calls. He adapted and translated plays for the American audience and wrote plays of his own as well, learning how theatres and theatre companies operated from the inside out.

Dunlap's masterpiece, A History of American Theatre was the first of its kind, drawing on the author's own experiences. In it, he describes the development of theatre in New York, Philadelphia, and South Carolina as well as Congress's first attempts at theatrical censorship. Never before previously indexed, this edition also includes a new introduction by Tice L. Miller.

William Dunlap (1766-1839) was a playwright, adapter, and producer. He was a partner in William Hallam's American Company--the first theatrical company in the United States--and a founder of the National Academy of Design. Tice L. Miller is a professor of theatre arts at the University of Nebraska-Lincoln. He is the author of Bohemians and Critics and coeditor of the Cambridge Guide to American Theatre

“Graced by an authoritative introduction by Tice L. Miller, this reissue of William Dunlap's seminal A History of the AmericanTheatre is a welcome, important contribution to American theatrical and cultural studies.”--Daniel J. Watermeier, coauthor of The History of Theatre in North America: The United States, Canada, and Mexico; From Pre-Columbian Times to the Present Day