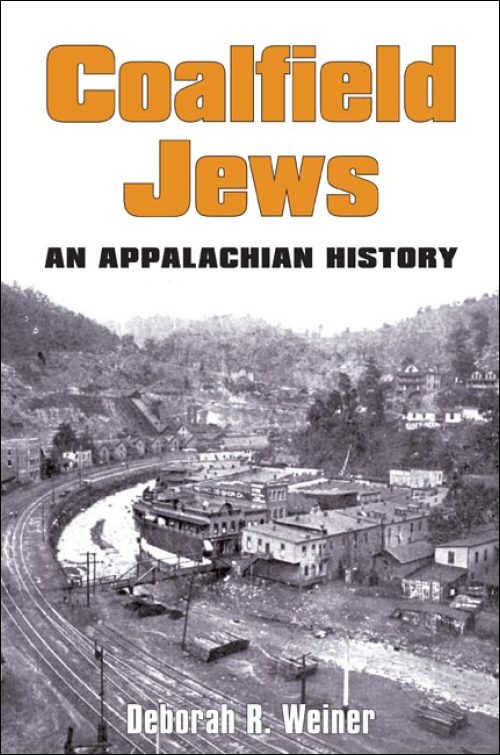 Deborah R. Weiner's Coalfield Jews provides the first extended study of Jews in Appalachia, exploring where they settled, how they made their place within a surprisingly receptive dominant culture, how they competed with coal company stores, interacted with their non-Jewish neighbors, and maintained a strong Jewish identity deep in the heart of the Appalachian mountains. To tell this story, Weiner draws on a wide range of primary sources in social, cultural, religious, labor, economic, and regional history. She also includes moving personal statements, from oral histories as well as archival sources, to create a holistic portrayal of Jewish life that will challenge commonly held views of Appalachia as well as the American Jewish experience.

* Supported by a grant from the Southern Jewish Historical Society

Deborah R. Weiner is research historian and family history coordinator at the Jewish Museum of Maryland and director of Historic Jonestown, Inc., both in Baltimore.

"Personal interviews and research of original source materials allow the author to discover much that has been little known. . . . The result is a new and more nuanced appreciation of Jewish contributions to the region's history and development."--Goldenseal

"Grounded in significant archival research and secondary scholarship and supplemented by a good deal of oral history. . . . Insightfully situating these Jewish communities in the context of Appalachian and small-town American Jewish history, Weiner suggests some novelty for the Jewish story. . . . Recommended."--Choice

"Based on interviews and extensive research, Deborah R. Weiner has put together a vivid picture of what life was like for the Jews of these coalfield towns. . . . This excellent portrayal of a little known chapter in American Jewish life greatly augments our understanding of the American Jewish experience."--National Jewish Post & Opinion

"This is an important contribution to scholarship and historical understanding of aspects of both Appalachian history and Jewish culture."--Multicultural Review

"Coalfield Jews is a fine example of scholarship that effectively blends comparative and historical analysis, skillful exposition, thick description, graceful and evocative writing, and rich insight. It adds to our understanding of the complexity of Jewish life in small-town America by looking at a distinct industrializing setting, and it sheds considerable light on a much misunderstood American region."--American Jewish History

"Deborah Weiner's Coalfield Jews offers a fresh, broad perspective on Appalachia and the Jewish experience. It is a well-written, well-researched, and much-needed addition to the literature that will be of value to anyone with an interest in race and ethnicity in America, labor history, social history, cultural studies, and Appalachia."--Virginia Magazine

"This book is very well written and engaging history of the Jewish communities that developed in the coalfields of central Appalachia during the late nineteenth and twentieth centuries. . . . This book should be required reading for any student of Appalachia and American Jewish history."--American Historical Review

"Deborah R. Weiner chronicles the lives and communities of Jewish residents of small town Appalachia in this well researched book. . . . The book's careful reconstruction of the lives of those small town Jews no doubt appeals to descendents of the coalfield communities."--Journal of American History

"It is a pleasure to encounter examples of the increasing - and increasingly sophisticated - literature on American Jewish life outside the urban Northeast. . . .She uses a wide range of archival sources and personally interviewed three dozen former and present Jewish residents, unearthing details that give the real flavor of their experience. . . . Her book helps us understand both place and people."--Journal of Southern History

"In this outstanding, analytic study Weiner taps substantial primary sources, including newspapers and interviews. . . . A must read for anyone interested in southern, Appalachian, and small town history and the multifaceted saga of American Jewry."--Shofar

“A compelling and insightful history of the Jews that settled throughout the Appalachian mountains. . . . I highly recommend this book to anyone with an interest in Appalachian history of this unique aspect of Jewish history.”--The Jewish Eye

Awarded the Southern Jewish Historical Society Award “for the book making the most significant contribution to the field of Southern Jewish history published during 2003-2006.” (2007)