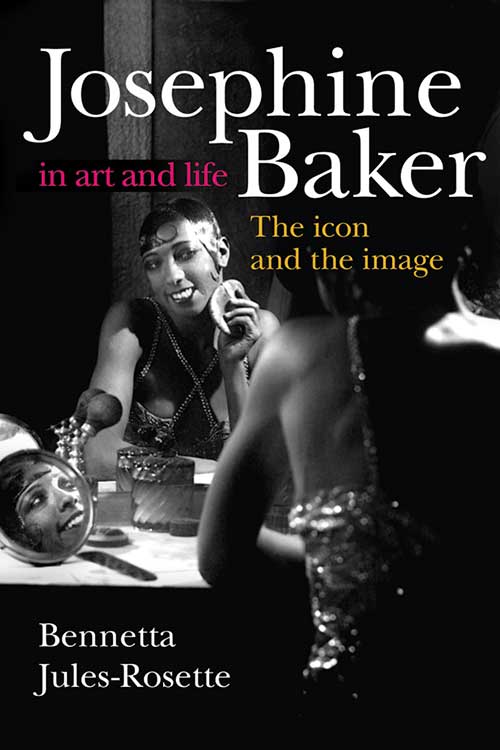 Josephine Baker (1906-75) was a dancer, singer, actress, author, politician, militant, and philanthropist, whose images and cultural legacy have survived beyond the hundredth anniversary of her birth. Neither merely an exercise in postmodern deconstruction nor a traditional biography, Josephine Baker in Art and Life presents a critical cultural study of the life and art of the Franco-American performer whose appearances as the savage dancer Fatou shocked the world.

Although the study remains firmly anchored in Josephine Baker’s life and times, presenting and challenging carefully researched biographical facts, it also offers in-depth analyses of the images that she constructed and advanced. Bennetta Jules-Rosette explores Baker’s far-ranging and dynamic career from a sociological and cultural perspective, using the tools of sociosemiotics to excavate the narratives, images, and representations that trace the story of her life and fit together as a cultural production.

Bennetta Jules-Rosette is a professor of sociology and the director of African and African-American Studies at the University of California, San Diego. She is the author of a number of books including Black Paris, African Apostles, and The Messages of Tourist Art.

"Like many writers before her, Jules-Rosette is clearly captivated by her subject, but she manages to temper her star-struck curiosity with impressive intellectual rigor. . . . Determining where the diva ended and the woman began is a daunting task, and Jules-Rosette answers the challenge with skill."--New York Times Book Review

"Baker - revolutionary performer, cabaret owner, movie star, fashion plate, hero of the French Resistance, humanitarian, and mother of 12 adopted children of diverse backgrounds - is an indelible icon. And it is that status that Jules-Rosette so thoroughly analyzes as she deconstructs Baker's self-mythologizing ability to transform 'her theatrical performances into social and political statements,' and 'dream of universal brotherhood.' Jules-Rosette's rigorously academic approach, replete with priceless illustrations, is enlightening."--Booklist

"The author offers a sensitive analysis of the many permutations of the risqué banana skirt that made Baker famous in 1920s Paris and then carries the same level of analysis through the many permutations of Baker's image - sophisticate, resistance fighter, adoptive mother - through her death in 1975. This book will interest Baker enthusiasts, of course. . . . It will also be relevant for those pursuing study of black Paris, the promises and pitfalls of multiculturalism . . . and the sociology of fame and celebrity. . . . Recommended."Choice

"Baker enthusiasts will be grateful for Jules-Rosette's challenges to other studies of Baker's life and legend. . . . It deserves a wide general readership and a significant place in the canon of Franco-American cultural studies and twentieth century French and American history."--Women's Review of Books

"Baker students and fans will be grateful for the comprehensive data and thoughtful interpretations that Jules-Rosette's book assembles. Her exhaustive research and careful citation of the numerous archival sources she consulted will undoubtedly open up new avenues of inquiry on Baker."--Dance Research Journal

“A thoroughly researched and thoughtfully, expertly written study that merits attention. It offers new ways of thinking about a woman in our history whose identity and life as a uniquely talented female beauty with a lasting public career led to her becoming a cultural icon.”--NWSA Journal