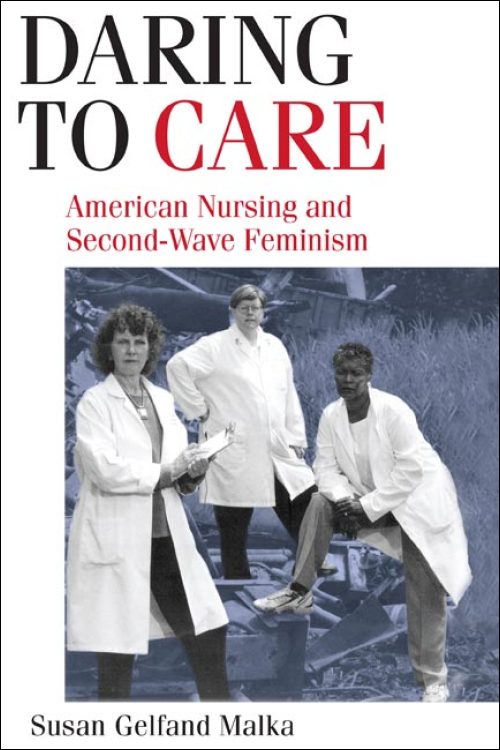 Beginning in the 1960s, second-wave feminism inspired and influenced dramatic changes in the nursing profession. Susan Gelfand Malka argues that feminism helped end nursing's subordination to medicine and provided nurses with greater autonomy and professional status. She discusses two distinct eras in nursing history. The first extended from the mid-1960s to the mid-1980s, when feminism seemed to belittle the occupation in its analysis of gender subordination but also fueled nursing leaders' drive for greater authority and independence. The second era began in the mid-1980s, when feminism grounded in the ethics of care appealed to a much broader group of caregivers and was incorporated into nursing education. While nurses accepted aspects of feminism, they did not necessarily identify as feminists. Nonetheless, they used, passed on, and developed feminist ideas that brought about nursing school curricula changes and the increase in self-directed and specialized roles available to caregivers in the twenty-first century.

Susan Gelfand Malka is a former nurse and nursing instructor who teaches American and women's history at the University of Maryland.

"Former pediatric nurse Malka writes from the point of view of both a nurse and a historian, providing a rich perspective on the timely issues addressed in the book. Highly recommended."--Choice

"A valuable addition to all levels of nursing and women's studies curricula. It makes the important connection between the evolution of nursing, and feminist thinking and activism."--Women's Review of Books

“Daring to Care provides a fresh, valuable perspective on the history of women, feminism, nursing, medicine, and the professions; it should be required reading for anyone interested in the history of American nursing.”--The Journal of American History

"Malka's excellent scholarship fills a critical gap in recent history on the nursing profession, and will be useful to those interested in the history of feminism as well as women's, nursing, and medical history."--Susan M. Reverby, author of Ordered to Care: The Dilemma of American Nursing