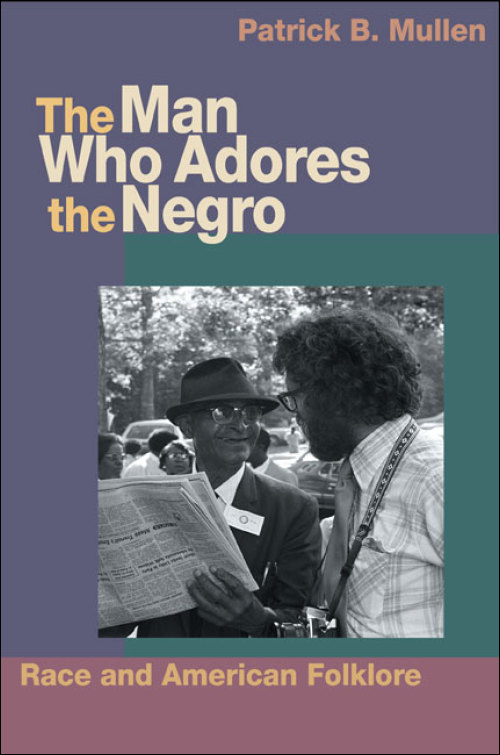 Drawing on over thirty-five years of fieldwork, Patrick B. Mullen considers how African American cultural representations in folklore relate to racial dynamics in the United States. Providing insight into white folklorists' relationships with black consultants, The Man Who Adores the Negro describes the personal experiences of both fieldworkers and ethnographic subjects. Mullen explores how folklorists such as John Lomax, Newbell Niles Puckett, Alan Lomax, and Roger Abrahams have been implicated in creating the popular concept of African Americans as folk and how this depiction has created notions of blackness and whiteness. Illuminating central aspects of African American cultural history, the author discusses a wide range of folklore that includes work songs, hymns, voodoo rituals, animal tales, jokes, toasts, and children's games and rhymes. In relating folkloric research to white mimicry of black style in such expressions as blues, rock and roll, and hip-hop culture, Mullen contends that both folk performers and folklorists participate in ongoing cultural change when they mix received values and attitudes in producing new interpretations.

Patrick B. Mullen is a professor emeritus of English and folklore at the Ohio State University and author of Listening to Old Voices: Folklore, Life Stories, and the Elderly.

"In The Man Who Adores the Negro, Mullen has written, essentially, two books. The first is a critical history of folklorists' work with African American informants—an account of the success, and failure, of well-intentioned scholars operating in a charged racial environment. And the second is a manual on ethnographic practice—a reflection on the politics of representation and on the potential value and limitations of contemporary fieldwork methodology. Neither book can be separated from the other; they work collaboratively, in tandem. And both, in the end, are well worth the read."--Journal of Folklore Research

"Marks an important contribution to the study of folklore scholarship on African Americans and the role this scholarship has played in the national discourse on constructions of race."--The Journal of Southern History

"The Man Who Adores the Negro is a truly significant and innovative study that provides a fresh view of the influence of race upon American folklore scholarship. Mullen demonstrates the knowledge to be gained from reevaluating the scholarship of liberal white folklorists--including his own--in order to detect flaws or new interpretations in earlier field work and analysis of collected data. A frank discussion of racial attitudes in American culture and academia, this book is an effective guide for meaningful and nonpaternalistic collaborative research between white and black folklorists and informants."--William H. Wiggins Jr., professor emeritus of African American studies and folklore, Indiana University