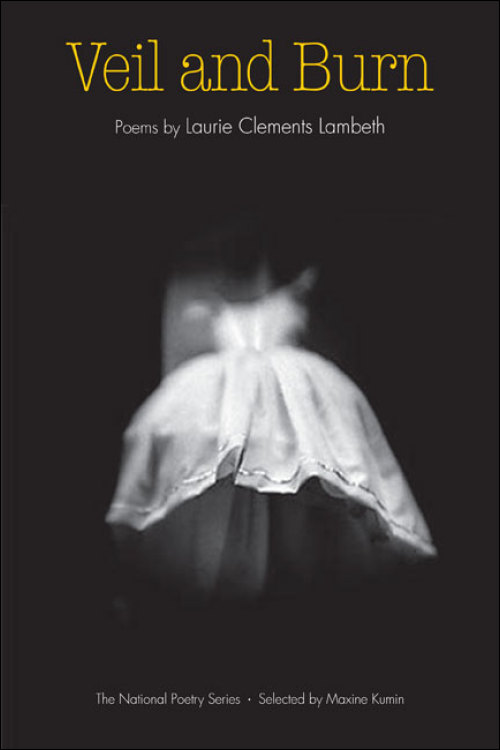 Concerned with physical experience, pain, and disability, Veil and Burn illuminates an intense desire to feel through the Other, embrace it, become it, and in the transformation, to understand the suffering body. In poems about animals, artifacts, and monsters, Lambeth displays a fascination for all bodies while exploring their pain, common fate, alienation, and abilities. Hovering between poem and prose fragment, between the self and fellow creatures, Laurie Clements Lambeth celebrates physical sensation, imbuing it with lyric shape, however broken, however imprisoned the shape may be.

Laurie Clements Lambeth lives in Houston with her husband and dog. Her poems have appeared in The Paris Review, Indiana Review, Mid-American Review, The Iowa Review, and elsewhere.

“Veil and Burn is a hard one to set down. . . . Any stout-hearted reader who is willing to 'look' with Lambeth at her challenging subject matter will be not just dismayed and saddened but also enlightened.”--Shenandoah

"In a poem that celebrates ease of movement, Lambeth writes 'who wouldn't want to/embrace that bird like air, feel its bones shift to leave you?' Poem after poem calls up this desire to rise above her symptoms of multiple sclerosis, above 'the feeling of true slowness' that assails her. She is both lyrical and pragmatic, nostalgic and tough-minded. As she says, 'Praise to all flinging bodies'--and to this brave book."--Maxine Kumin, author of Jack and Other New Poems

"Laurie Clements Lambeth understands that the crisis facing the speaker in this indelible book--the dawning struggles of MS, which troubles the nerves and veils and burns the vision--is an intensification of what it is to be any body, the edge-of-crisis on which we all dwell. But her title also suggests the way photographers enhance images in the darkroom, making them more defined and beautiful. With courage and formal acuity, humor and tenderness, Lambeth 'veils and burns' a moving debut, a suite of poems that are forthright, adult, and entirely humane."--Mark Doty, author of School of the Arts 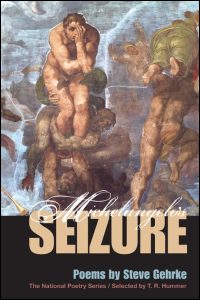