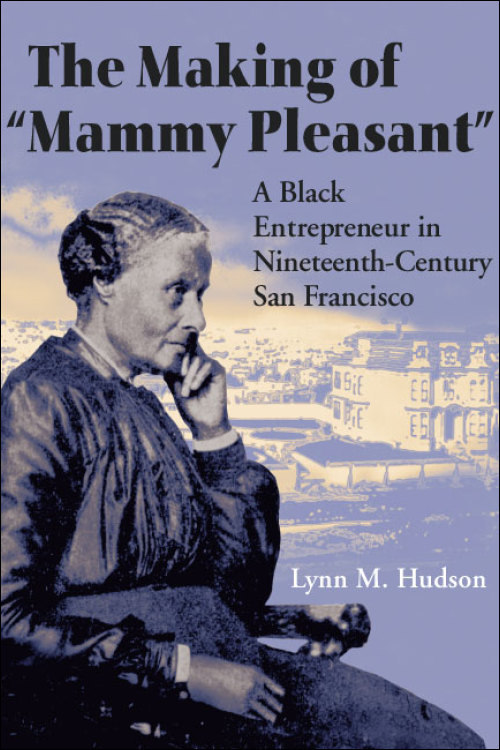 In The Making of "Mammy Pleasant," Lynn M. Hudson examines the folklore of Mary Ellen Pleasant's real and imagined powers. Addressing the lack of a historical record of black women's lives, Hudson argues that the silences and mysteries of Pleasant's past, whether never recorded or intentionally omitted, reveal as much about her life as what has been documented. The Making of "Mammy Pleasant" integrates fact and speculation culled from periodicals, court cases, diaries, letters, Pleasant's interviews with the San Francisco press, and various biographical and fictional accounts. Through Pleasant's remarkable life, Hudson also interrogates the constructions of race, gender, and sexuality during the formative years of California's economy and challenges popular mythology about the liberatory sexual culture of the American West.

Lynn M. Hudson is an associate professor of history at the University of Illinois at Chicago. She is the author of West of Jim Crow: The Fight against California's Color Line.

"For more than a century, Mary Ellen Pleasant's reputation was as a voodoo queen, sorceress, madam, and murderer. But thanks to [Hudson's] new book, the legendary San Franciscan is reclaiming her identity as a savvy businesswoman, gutsy heroine, and early champion of civil rights."--Los Angeles Times

"[Hudson] sifts through the scandal and the lore to conjure a remarkably enterprising woman."--San Francisco Examiner