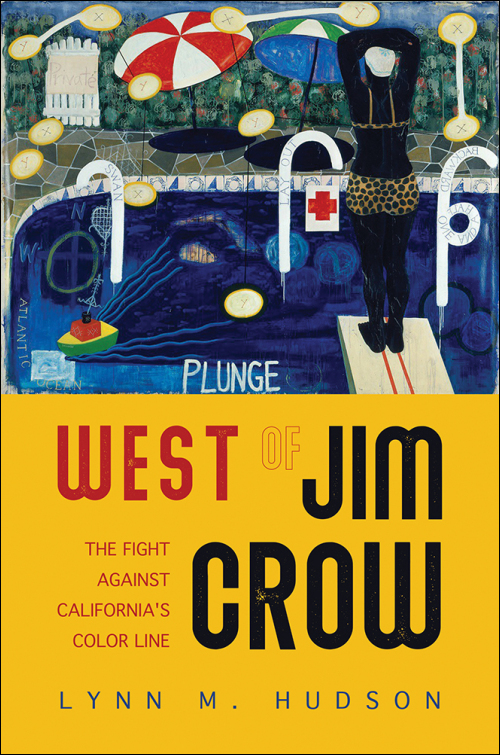 African Americans who moved to California in hopes of finding freedom and full citizenship instead faced all-too-familiar racial segregation. As one transplant put it, "The only difference between Pasadena and Mississippi is the way they are spelled." From the beaches to streetcars to schools, the Golden State—in contrast to its reputation for tolerance—perfected many methods of controlling people of color.

Lynn M. Hudson deepens our understanding of the practices that African Americans in the West deployed to dismantle Jim Crow in the quest for civil rights prior to the 1960s. Faced with institutionalized racism, black Californians used both established and improvised tactics to resist and survive the state's color line. Hudson rediscovers forgotten stories like the experimental all-black community of Allensworth, the California Ku Klux Klan's campaign of terror against African Americans, the bitter struggle to integrate public swimming pools in Pasadena and elsewhere, and segregationists' preoccupation with gender and sexuality.

Lynn M. Hudson is an associate professor of history at the University of Illinois at Chicago. She is the author of The Making of “Mammy Pleasant”: A Black Entrepreneur in Nineteenth-Century San Francisco.

"West of Jim Crow is a thorough account of California’s racist history that furthers understanding of racism in the United States." --Foreword Reviews

"West of Jim Crow is among the best introductions to Black California history yet written . . . an elegant synthesis that will doubtlessly stand the test of time." --Boom California

"Thoughtful and well-written . . . Hudson has produced an impressive and finely wrought study of racial discrimination in the Golden State and the courageous and determined African American activists who challenged it in the courts and on the streets." --California History

"Hudson's book illuminates just that: how contestations over public and private spaces as they related to race were tied together through the web of resistance that Black Californians engaged in as they utilized tactics that would become better known in the mid-twentieth century." --Journal of American Ethnic History

"West of Jim Crow explores the surge of violence precipitated by the second iteration of the Ku Klux Klan. . . . Black Californians responded with grassroots activism as they continued to demand access to homeownership, schools, and public spaces. Through the men and women themselves, Hudson provides incredible insight to California's racial battlegrounds." --Pacific Historical Review

"Powerfully argued, deeply researched, and alive with vivid portraits of little known freedom fighters, West of Jim Crow drives a stake through the heart of one of American history’s most persistent myths: that racial segregation and discrimination were peculiar to the South. By tracing the metamorphosis of white supremacy in the Golden State and the fierce resistance to it over the long span from statehood to the 1950s, Lynn Hudson has brilliantly plumbed the depth, complexity, and variability of American racial formations and added a new chapter to our understanding of the long black freedom movement and of women’s centrality to it."--Jacquelyn Dowd Hall, author of Sisters and Rebels: A Struggle for the Soul of America