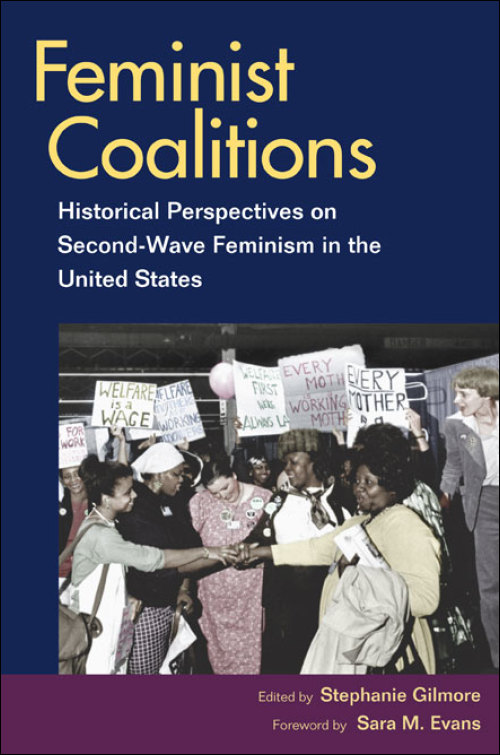 Much of the scholarship on second-wave feminism has focused on divisions within the women's movement and its narrow conception of race and class, but the contributors to this volume remind readers that feminists in the 1960s and 1970s also formed many strong partnerships, often allying themselves with a diverse range of social justice efforts on a local grassroots level. These essays focus on coalitions and alliances in which feminists and other activists joined forces to address crucial social justice issues such as reproductive rights, the peace movement, women's health, Christianity and other religions, and neighborhood activism, as well as alliances crossing boundaries of race, class, political views, and sexual identity. The contributors bring fresh perspectives to feminist history by calling attention to how women struggled to include and represent diverse women without minimizing the difficulties of conceptualizing a singular feminism.

Stephanie Gilmore is a former assistant professor of women's studies at Dickinson College and author of Groundswell: Grassroots Feminist Activism in Postwar America.

“[Feminist Coalitions] does well in calling attention to the many identities of second-wave feminisms and the movement’s successful initiatives in work, health, reproductive, peace, and civil rights campaigns.”--Journal of American History

“An important new dimension to the ongoing scholarship, revisioning the history of second-wave feminism.”--Oral History Review

"The most exciting work on the American women's movement to appear in years. Combining wisdom and hope, this paradigm-altering and agenda-setting volume is exactly what we need to meet the challenges of the new millennium. Its message is distinctive, invigorating, and vitally important for students of history to understand how change occurred in the past, and for citizens concerned with how to make changes in the present. A profoundly important intervention in feminist scholarship."--Nancy MacLean, author of Freedom Is Not Enough: The Opening of the American Workplace

"These fascinating and vivid essays complicate and expand our view of the coalitions that were able to come together and fight for common goals. Scholars and students in women's history, women's studies, and sociology will surely find this an invaluable reference as it introduces new histories of the women's movement and second-wave feminism."--Ruth Rosen, author of The World Split Open: How the Modern Women's Movement Changed America